Andrea McVeigh was left with "physical and mental scars" after the April 14 hit-and-run. 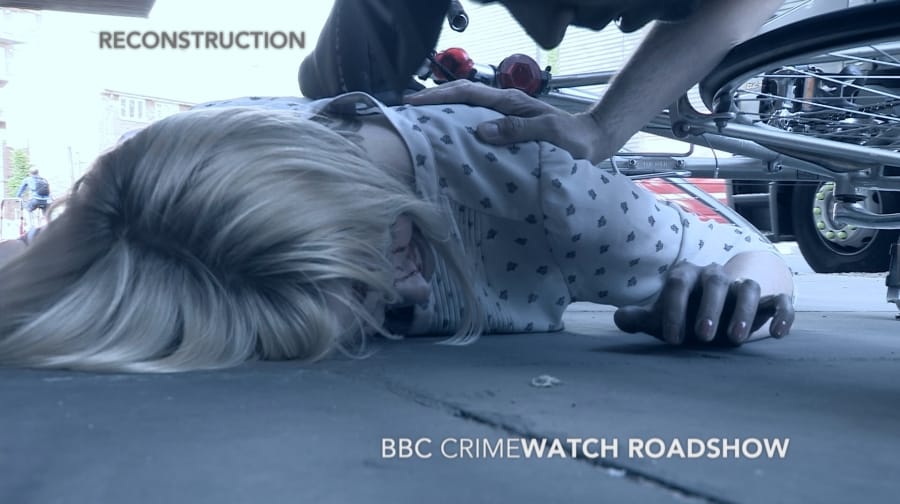 Andrea's story will appear in this Monday's edition of Crimewatch Roadshow.

A Bermondsey woman is offering a reward of “up to £2,000” for anyone who can supply information leading to the arrest and conviction of the cyclist who struck her in a brutal hit-and-run two months ago.

Andrea McVeigh will also appear in next Monday’s episode of Crimewatch in an attempt to track down the man who left her with “physical and mental scars.”

Andrea being interviewed on Crimewatch.

As reported by the News, on April 14, a cyclist crashed into Andrea while she was walking with her husband in Tower Bridge Road. The cyclist sped away from the scene, pausing only to turn around and smile at Andrea’s husband, who was in pursuit. Despite police releasing a CCTV image, he has still not been tracked down.

Weeks later, the social media manager still has a swollen ankle and cannot close her right hand. She also may have permanent facial scars, with a deep cut to her forehead still not healed. Andrea’s story was chosen to be featured in Crimewatch due to the continuing impact the brutal collision has had on her life.

She told the News: “The more time that has passed since the accident, the more upset I’ve become. I’m left with a terrible legacy of the accident and I think it’s terrible that the cyclist just never came forward to apologise or see how I was. I’m left with the physical and mental scars and he just cycled off without a care in the world.”

The incident had also had a financial impact, with Andrea considering expensive cosmetic surgery to reduce scarring and therapy to help with her anxiety following the incident.

Despite this, she is still putting up the substantial reward and said that if it leads to an arrest and conviction it will be value for money.

She said: “If it leads to him being arrested and he apologises to me then it will give me peace of mind and it will be worth every penny. I can then move on with my life knowing justice has been done and I’ll stop feeling like a victim.”

Andrea will feature in Crimewatch Roadshow this Monday at 9.15am on BBC 1.

A CCTV image released by police of a man they would like to speak to in connection with the incident.