The suspect was today released "under investigation" 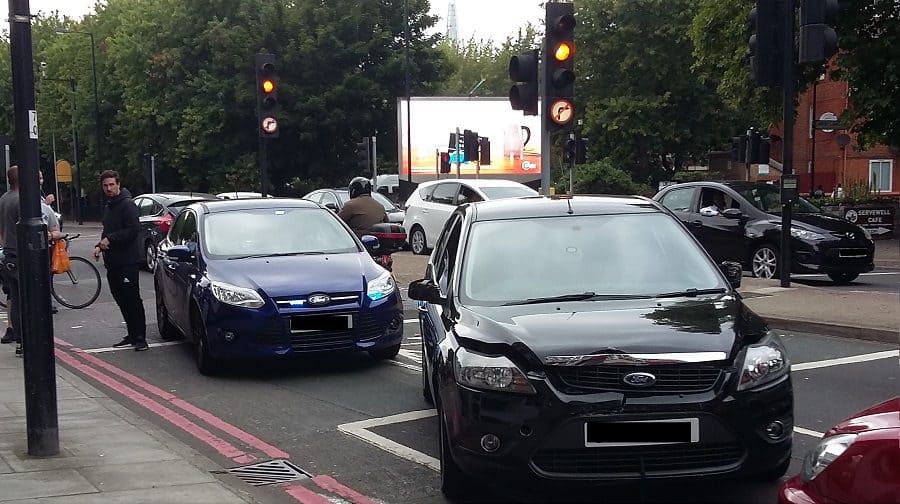 A suspected drug dealer was arrested on Tuesday and found in possession of a knife and class As after fleeing from unmarked police cars in Bermondsey.

The car chase happened at 3:30pm in Southwark Park Road, and ended when the suspect collided with another vehicle at the junction with Jamaica Road.

Eyewitnesses told the News that the suspect fled the scene on foot, but was caught by pursuing plain-clothed officers in Southwark Park.

A statement from the Met said: “The suspect was arrested on suspicion of aggravated taking and driving away, failing to stop and other driving offences.

“A knife and a quantity of drugs was recovered from the vehicle, and he was further arrested on suspicion of possession of an offensive weapon, and possession with intent to supply class A and B drugs.

“There were no injuries.”

Police confirmed today that the suspect has been released “under investigation”.