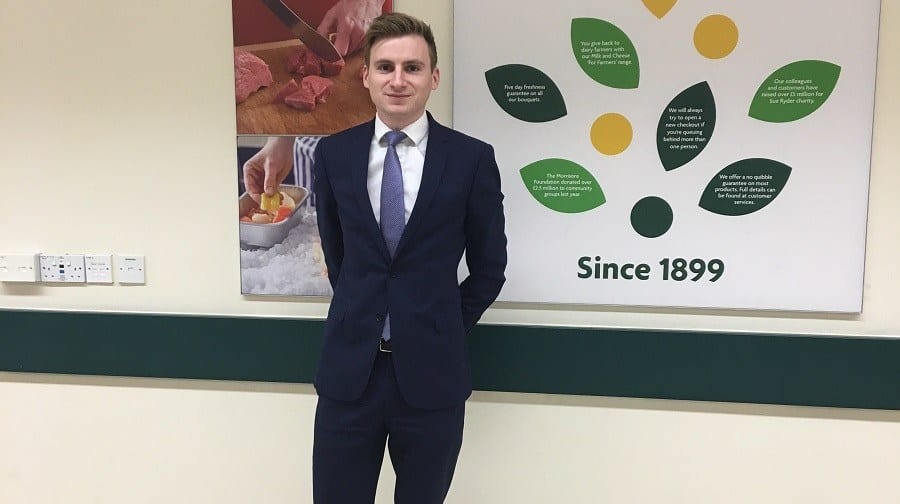 James Gore, manager of the Peckham Morrison's, said the challenge was to create a curry that had as much flavour as it has heat

Morrisons have stopped selling knives in several inner city stores after the News reported on the Peckham manager who first implemented the policy.

The supermarket chain rolled-out the restriction in a bid to tackle the numbers of knives that were being shoplifted by schoolchildren.

The idea was first put in place by the former manager of Peckham’s Rye Lane store, James Gore, as reported by the News in December last year.

The manager, who has since moved to another in store in Yorkshire said: “We had a full range of knives out but often found they were getting stolen, especially by school kids first thing in the morning as soon as we opened.

“When you come in and see what’s happening you’ve got a choice: you can remove the knives from sale, you can tag them, but that won’t stop the theft, and you can have challenge 25, but that doesn’t make much difference with theft.

Obviously it wasn’t a great scene of what potentially could happen with those knives, so I made the decision to remove the entire range and that was not long after being here.”

He added that feedback was overwhelmingly positive, saying: “Hopefully if it stops one child taking a knife to school then I think it’s a positive thing.”

A Morrison’s spokesperson declined to name or to number the stores affected by the new anti-knife policy saying it was “operationally confidential information.”

However they added that the positive reaction from the community to the Peckham superstore’s policy “is what’s behind this second round of knife restrictions.”

He said: “We’ve been campaigning for this for the last year and a half. It’s great that another big store has decided to bring their knives off-sale. I praise Morrison’s for doing it. I’m really pleased and I’m hoping that other stores will look into it.

“Stores can use a tag which they can buy at a cheap price which will save lives. But if they’re not selling knives, even better.”

Discount retailer Poundland stopped selling knives in all of its London branches in April, following fears about rising knife crime.