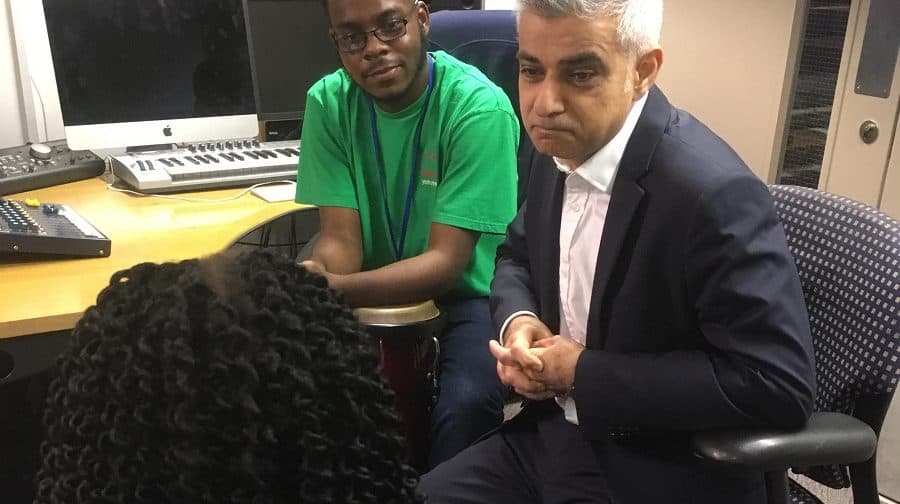 The Mayor of London Sadiq Khan has announced an investment of nearly £400,000 in Southwark projects to provide young Londoners with positive opportunities.

The announcement, made on Friday, is aimed at helping 758 Southwark youngsters through funding for community groups, youth centres and schools providing positive events.

The sum is part of the £45million Young Londoners Fund launched at a Bermondsey youth centre earlier this year to encourage kids off the streets and away from criminal behaviour.

Two of the Southwark projects receiving cash from the latest announcement are Khulisa which provides emotional skills training for people at risk of being involved in crime.

Another is Serious about Youth, an employability programme which takes young people through the full life-cycle of a construction project.

London-wide nearly 10,000 youngsters are expected to benefit from the fund’s latest installment, which will fund 36 schemes.

Sadiq Khan said: “Crippling government cuts to local authorities and policing have both had a significant impact in terms of a rise in violent crime, which is why my investment into youth groups in Southwark that are making a real difference to young peoples’ lives is so key.

“By investing in projects and people that are dedicated to giving young Londoners an opportunity to get involved in positive activities, we can work to take every child and teenager in Southwark at risk off the streets and away from the dangers of crime.

“I’m proud that the projects we’ve invested in are already making a difference to young people in Southwark and the next £380,000 in funding, will help provide valuable life opportunities for 758 more children.”

“To paraphrase an old saying, it takes a whole community to raise a child, and it’s great that the Mayor has recognised the hard work charities do to keep young people safe in Southwark.”

It follows an investment of £750,000 made in July to 15 schools to provide safe, positive summer activities to vulnerable young Londoners.

Young people, especially those from the boroughs most affected by knife and violent crime, will spend time through the projects gaining skills to help them reach their full potential.

Details of the projects will be searchable on an interactive map hosted on the City Hall website at www.london.gov.uk/our-london.