'It is a play really influenced by my background and upbringing' 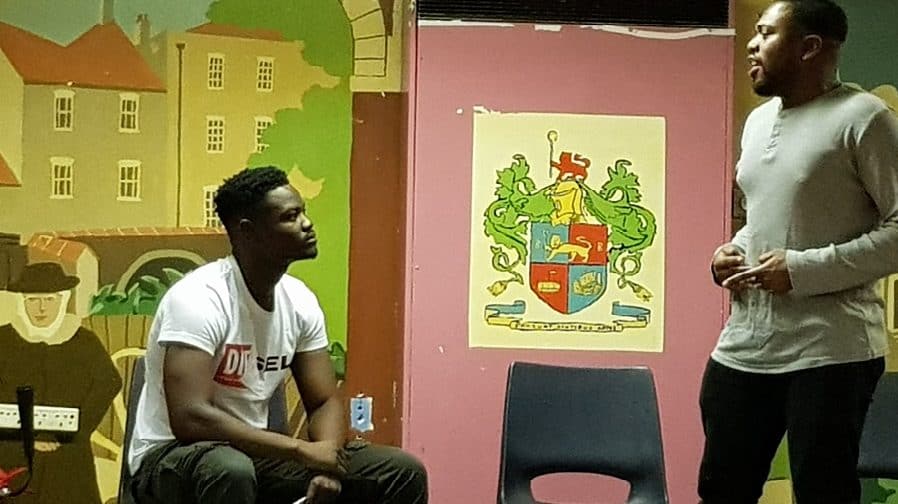 A Southwark Council employee, who grew up in the ‘notorious’ Ferrier estate in Kidbrooke, has told of the inspiration behind a play on knife crime – Fatherless Son.

Rehearsals are underway for Desrene Dennis and Jada Productions’ Fatherless Son, which will be staged on October 12 and 13 at the Stockwell Playhouse in Wandsworth.

Writer Desrene told the News she believes communities can pull together to tackle knife and gun crime – and prevent it by supporting young people.

Fatherless Son is particularly inspired by her experience growing up in a single parent family.

She says the play highlights the daily challenges faced by young men – especially those from black and ethnic minority backgrounds.

One character followed by the play has left prison a reformed man – and now wants to stop his younger brother from following his own path into crime.

Desrene told the News: “I grew up in an estate, the notorious Ferrier estate in Kidbrooke, that knocked down and turned into Kidbrooke Village. There was not a lot of opportunity.

“I wrote the play ten years ago. There were a lot of gangs on the estate but not much to do – there were a few youth clubs that closed down.

“A lot of people had broken down families, and I knew that a lot of black families were affected by single parent families.

“It is a play really influenced by my background and upbringing.

“It looks at the single mother, trying her best, working all hours, night and morning – that struggle to keep a roof over your family’s head but having to sacrifice time with your child.”

Desrene started writing after becoming more involved with her church, where she was encouraged to apply to the Royal Central School of Speech and Drama where she studied her craft.

She first put on Fatherless Son in November 2017, in Lewisham, where it was well-received, described by one councillor as “searing and searching portrayal of young lives in single and non-parent BME families, a play with humour and unashamedly positive call to action.”

The playwright is a firm believer that theatre can help give marginalised people a voice – and help make a change in people’s lives, saying that dealing with knife and gun crime after a murder or attack is too late.

“What happened to the community raising a child?”, she mused. “Right now we are dealing with the effects of what is happening – but there are so many signs leading up to it.”

Tickets are available for Fatherless Son, showing at Stockwell Playhouse in Wandsworth on October 12 and 13 here.