One-bed flat will set you back half a million 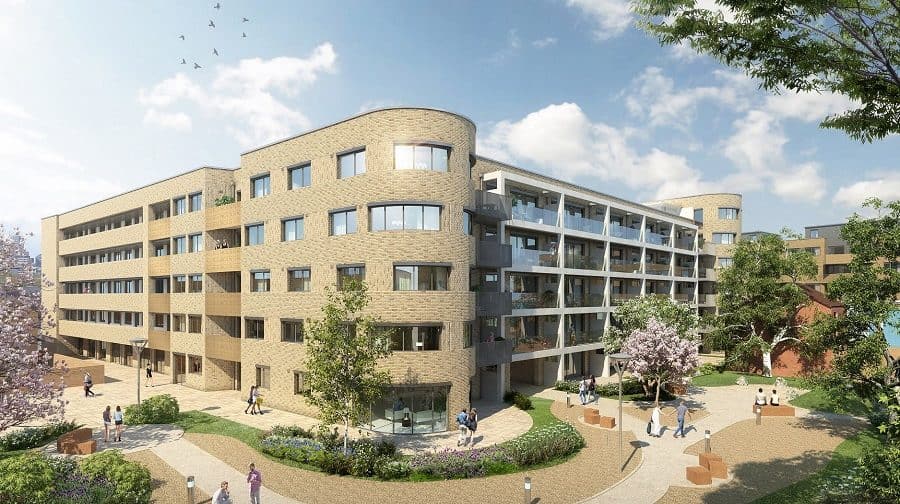 Manor Place Depot and the old public baths have been transformed into a ‘new manor’ of luxury flats.

Many News readers will remember the site as the home of Manor Place Baths which closed in 1976 after more than eighty years as a laundry and bathing place for the people of Walworth.

The wash-house was originally built so people without running water could bathe and clean their clothes.

The building was also a well-known for holding amateur and semi-professional boxing matches, including some of the first ever televised on the BBC and, famously, the Kray twins fought at the venue.

The depot has now been turned into one, two and three-bedroom flats with retail and entertainment.

Jenny Murphy, Notting Hill Genesis’ head of sales, said: “Manor Place Depot has been a hugely anticipated scheme and one which we are very proud to be launching.

“The apartments here offer buyers the opportunity to share in the fascinating history of Manor Place, as well as living in a location that is hard to rival.

“Elephant and Castle is undergoing an incredibly transformation, which is already seeing this once overlooked part of south London become one of the most sought after.

“Over a period of time regenerated areas have historically experienced a positive effect on the surrounding property values.

“We would urge prospective purchasers to register their interest as soon as possible.”

A one bed at Manor Place will set you back around half a million, with a three-bed flat starting from £732,500, with help-to-buy also available.