Walworth moped bandits, who led police a 90-minute high-speed chase before crashing into a bus, are jailed 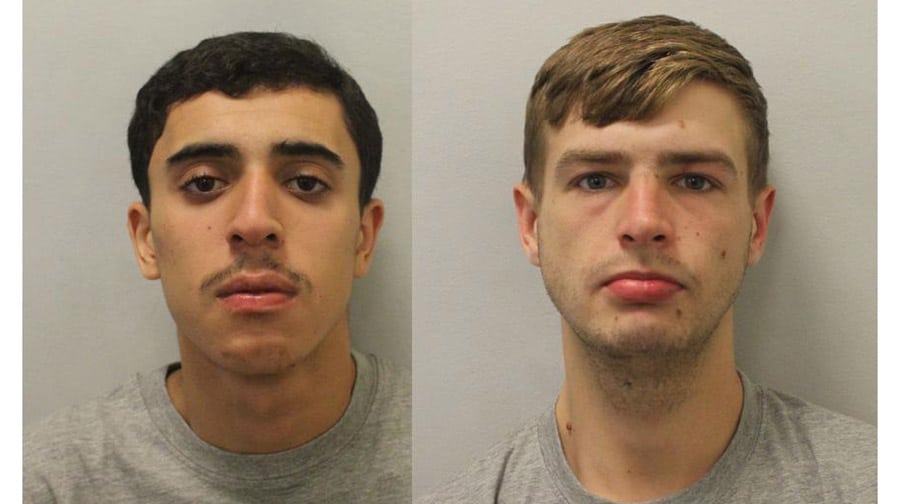 Two moped mobile phone bandits from Walworth that led police on a terrifying 90-minute high-speed chase, before crashing into a bus in Brixton were jailed yesterday (Friday October 12) for more than two years each.

Twenty-two-year Jack Green and nineteen-year-old Tarik Oliveira pleaded guilty to multiple charges at Inner London Crown Court and were handed down sentences of 28 and 26 months respectively.

On the afternoon August 17 this year a stolen moped was used for three mobile phone snatches in a half-hour period in Greenwich, the court was told.

Shortly after, at around 12:50pm, CCTV operators from Tower Hamlets observed two men on a moped acting suspiciously, and believed they were “looking for people to rob”.

Local police tracked down the suspects, were joined by traffic officers and were supported by a police helicopter, to give chase.

What ensued, the court heard, was a terrifying pursuit as Green in an attempt to evade officers drove dangerously fast through the streets of south London with Tarik Oliveira in pillion passenger seat.

Eventually the two thieves collided with a bus in Coldharbour Lane, Brixton and fled on foot. After a short chase they were both arrested.

When officers searched Oliveira they found five mobile phones – including those stolen in the three robberies in Greenwich committed just before the pursuit. Green, of Elsted Street, Walworth, pleaded guilty to: Conspiracy to steal; aggravated vehicle taking and dangerous driving; failing to stop after the scene of a collision; failing to stop when required to do so by a police officer; driving not in accordance with a licence and driving without insurance. Oliveira, Morecambe Street, Walworth, pleaded guilty to conspiracy to steal and allowing to be carried on a stolen vehicle.

Detective Sergeant Mark Kelleher, from the Venice Investigation Team, said: “Green and Oliveira embarked on a spree of snatches where victims on their mobile phones were targeted.

“They were reckless and risked the public’s safety by making off at speed through busy London traffic when trying to evade police, eventually colliding with another vehicle before being arrested.

“Criminals on mopeds think they have the upper hand because of their ability to make off from the scenes of their crimes and from police at speed, by weaving through traffic. In this case, a combination of good quality CCTV coverage, specialist officers, and the police helicopter meant that they had few avenues of escape.

“The Venice Investigation Team is committed to ensuring that those who commit moped-enabled crime face the consequences of their reckless and dangerous acts.”

Southwark NewsNewsWalworth moped bandits, who led police a 90-minute high-speed chase before crashing into a bus, are jailed