DC Keef Cook: "I hope his sentence will act as a deterrent to those thinking of selling drugs or carrying knives." 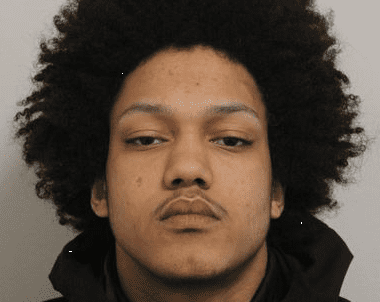 Manikiza, 20, had ran off from police in March during a Waterloo station stop and search - but now has been jailed for his numerous offences

A drug dealer who ran off from police when they attempted to search him at Waterloo station has finally been caught – and jailed for possessing £700-worth of drugs and carrying a knife.

He was sentenced to 37 months behind bars.

The court heard that Manikiza was found with a bag containing £700 of Class A and B drugs plus £3,230 in cash when he was stopped and searched by plain clothes officers in Waterloo station in March 2018.

But as officers went to remove the bag, which contained eighteen MDMA tablets, and 118 Etizolam tablets – a substitute for Valium – the dealer fled and managed to escape police.

After further police investigation Manikiza was arrested on 21 September, where he was also found in possession of a knife and a further £1,660 of cash.

DC Keef Cook said: ‘‘We will not tolerate drugs or knives on the railway, the custodial sentence handed down by the court proves we will take offences seriously and bring the perpetrators to justice.

“The hard work of officers involved in this case has meant we were able to take a drug dealer, and their weapon, off the railway network and the streets.

“We are working tirelessly to stop criminals like Manikiza operating and I hope his sentence will act as a deterrent to those thinking of selling drugs or carrying knives.”