"Sadly, despite the efforts of our medics, a person died at the scene." 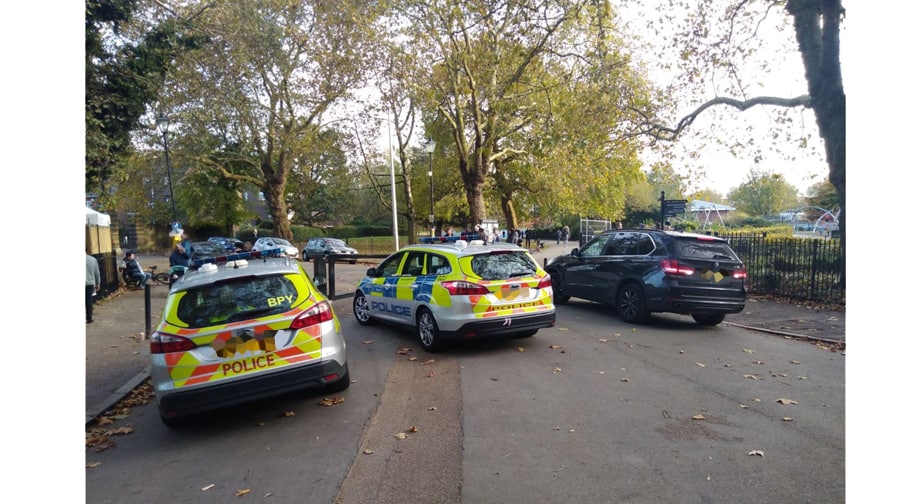 Police taped off the entrance to the children's play area on Gomm Road yesterday, where Mr Djelal was stabbed

A man in his thirties has been confirmed to have died in a stabbing in Southwark Park this afternoon and police have launched a murder investigation.

Despite the best efforts of the London Ambulance Service, the male – who has not yet been named by the authorities – was sadly pronounced dead.

Police called the Ambulance Service at around 2:02pm today to deal with the incident.

A London Ambulance Service spokesperson confirmed the death to the News, and said: “We were called at 2:02pm today to Southwark Park, SE16, to reports of an incident.

“We sent two incident response officers, a single responder in a car and an ambulance crew.

“Sadly, despite the efforts of our medics, a person died at the scene.”

Earlier this afternoon, the police confirmed to the News that they were dealing with a stabbing in the park, saying: “Officers were called at 13.59 to reports of a man stabbed in Southwark Park, Rotherhithe.

“A man was found with stab injuries.

“A crime scene is in place.”

A crime scene remains in place at the park while police conduct their inquiries.

The entrance facing onto the children playground on the Gomm Road section of the park, has been taped off by police.

No arrests have been made and enquiries into the full circumstances of the attack are underway.

Police are urging witnesses and anyone who has information or footage to get in touch.  The man’s next-of-kin have been informed.