Plans have been submitted to build a fifteen-storey 'co-living' building with rooms to rent, offices, and retail space in Long Lane 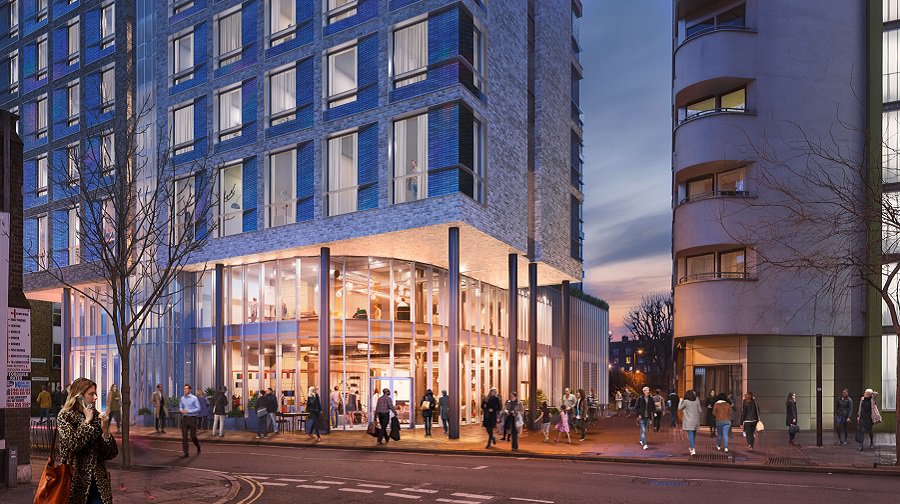 Southwark could get its first major ‘co-living’ development for private tenants – where up to 27 residents rent rooms but share a kitchen and communal area.

Spaces has submitted proposals to build a fifteen-storey building, including the ground floor, comprising up to 172 co-living homes, offices and retail space in Long Lane.

As part of the plans, the existing warehouse-style buildings currently occupying the site at the junction of Crosby Row and Long Lane would be demolished.

Residents would share facilities including large communal kitchens and lounges across a number of floors, if plans are approved.

On the largest floor, there would be between 25 and 27 people sharing facilities

Spaces states the “area allocation per person on any given floor and across all floors is more generous than one may experience in a traditional share flat”.

The proposals also include three floors of co-working and office accommodation, targeted specifically at “small creative and entrepreneurial businesses”.

How the communal areas of the development could look if plans go ahead.

According to Spaces, its average resident is 26-years-old, with an annual salary of £35,000.

Shazz Bhunnoo, who founded Spaces in 2006, said: “Not everyone wants to put permanent roots down in an area in their twenties.”

“The workforce is more mobile than at any point in human history and there are people who want flexibility and the ability to move around and try new areas while they make their way in the world,” said the 34-year-old.

“The co-living concept is based on a huge body of evidence and understanding of what people need and how they want to live,” he added.

“It is providing something that the housing market currently does not deliver at a price and a quality that people want.”

The proposals for Long Lane, known as Spaces London Bridge, have been designed by international architects Make.

If plans are approved, the development is expected to be completed by 2018. The company did not provide details on the costs involved for interested residents to buy in.