The school is opened again to the public next week for one day only; and you will get the chance to catch a new semi-staged play 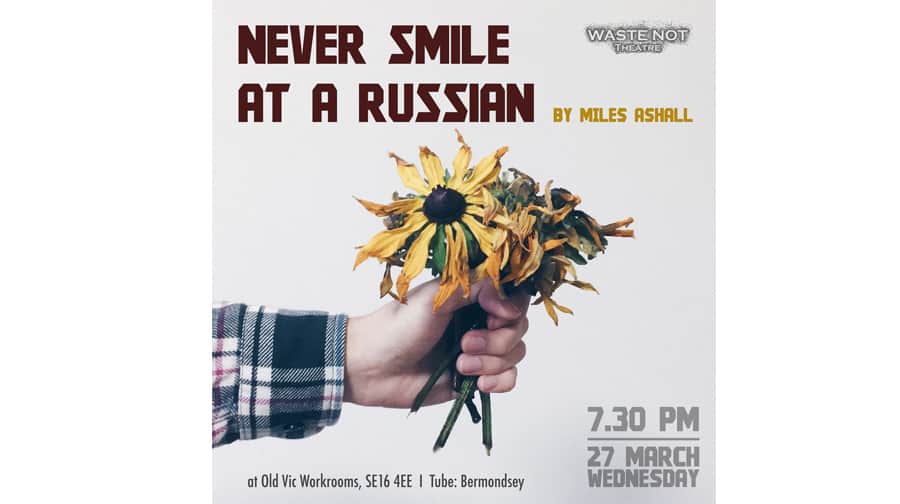 The former Scott Lidgett Secondary School in Bermondsey is being opened again to the public next week for one day only; and you will get the chance to catch a new semi-staged play by Waste Not Theatre company absolutely free of charge.

The 1960’s Bermondsey comprehensive was closed and then re-opened as a branch of Southwark College. But it is now marked for demolition and it is being used as workrooms by the prestigious Old Vic theatre.

A collection of their alumni from over six years of Old Vic New Voices community cast are staging ‘Never Smile At A Russian’ in the former theatre of the school.

Rather aptly the performance like the old theatre is not a complete full-staged show, but a stripped down version. By new writer Miles Ashall, the cast still holding their marked-up scripts in their hands, the performance is being staged to get the feedback from an audience for the first time.

It’s the 2018 World Cup, there’s a heatwave in London, and Yulietta, a young Russian woman, has died. Her British ex-boyfriend Mike gathers friends and family to a funeral wake, but when her sister Lima flies in from Moscow, it seems no-one wants to talk about Yulietta’s legacy of secrets…

Lies, gossip, silence, rumour and failed attempts to connect all conspire in this brand new play exploring the fallout when others attempt to reconstruct the truth of a person’s life.