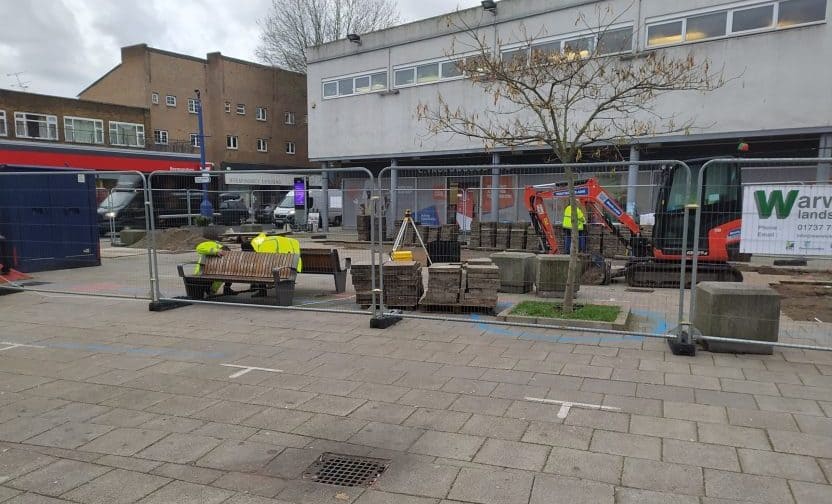 Regeneration work of Bermondsey’s Blue has begun, which will see a £2m transformation of the marketplace.

It comes after a community campaign, spearheaded by the area’s business improvement district with others, was successful in getting £2m of funding for the overhaul.

It will see the pitches at the market improved, nearby shop fronts overhauled, and among the biggest changes, a new walkway created from the market to Blue Anchor Lane and then onto Bermondsey station.

“The regeneration will herald a new era and going ‘Down The Blue’ to shop and socialise, will continue as a long-standing local tradition, ensuring that the Blue remains the heart of an increasingly diverse community,” said Russell Dryden, of the Blue Bermondsey BID.

Warwick Landscaping, the contractor, arrived on site last week, and work has begun this week.

Among the other improvements to the marketplace are more cycle racks, changes to Big Local Works to create” an employment and training hub,” and creation of Community maker-space in disused railway arches.

It is the latest of upgrades to the area. In October, a new community mural was unveiled in the railway underpass on St James’ Road.

The nearby John Bull arch is set to be painted in the spring by mural artist, Paul Butler; creator of the famous Cable Street mural.

Really hope they manage the money and do a good job. Hope some effort goes into the new mural. The ones on St James and Clements Road are woeful. Old exposed bricks were much better looking than the purple bricks and basic painting they put up. Shame someone was paid to put up something so unimaginative.