£2million grant will see Bermondsey’s Blue get a radical makeover

An architect is in the process of being appointed, and stakeholders will be consulted on ideas from July 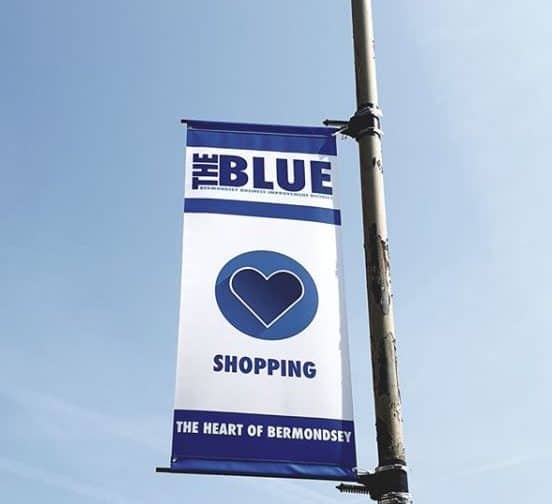 Bermondsey’s Blue will get a radical makeover in the coming years thanks to a successful £2.3million regeneration grant.

The sum, the largest awarded in the latest round of a Mayoral fund to encourage regeneration projects, will “turn Bermondsey’s historic town centre and street market into a thriving area, building on The Blue’s identity as the ‘Larder of London.’”

The grant was submitted by Bermondsey’s Blue Business Improvement District (BID), a network of local businesses in the area, and Southwark Council alongside other partners.

Russell Dryden, who is a board member of the BID and runs a stall at the marketplace, said the money would go towards a decade-long transformation of the area, which could include the market’s infrastructure and surrounding shop fronts.

“We hope it’s going to be a launch-pad for even more investment in the area,” he said.

“We’ve got more people walking down from London Bridge than ever before. With this funding, we can build a trading environment for the future.

Emma Snow, a local entrepreneur who was also heavily involved in the submission of the application, told the News that stakeholder consultation would begin from next month and that an architect was in the process of being appointed.

“If we really wanted to regenerate the Blue, we needed a big grant,” she said, explaining the decision to apply for the fund.

“We needed capital for physical improvements like shop fronts and infrastructure.

“But we also needed to get some revenue funding, so that we could get some activities and events going on at the Blue which would attract people to the area.”

Consultation on initial plans will run from July to September. Other potential uses of the money included highlighting the Blue’s rich history, she added, including as the home of the world’s first tin can and London’s first railway terminus.

Good news, for some not sure about all locals.
I hope they keep the big local works as they are such a good resource for local people and have been immensely helpful to me and my family.
Love the cafe too good meeting up
Place for all