No arrests have yet been made at this early stage 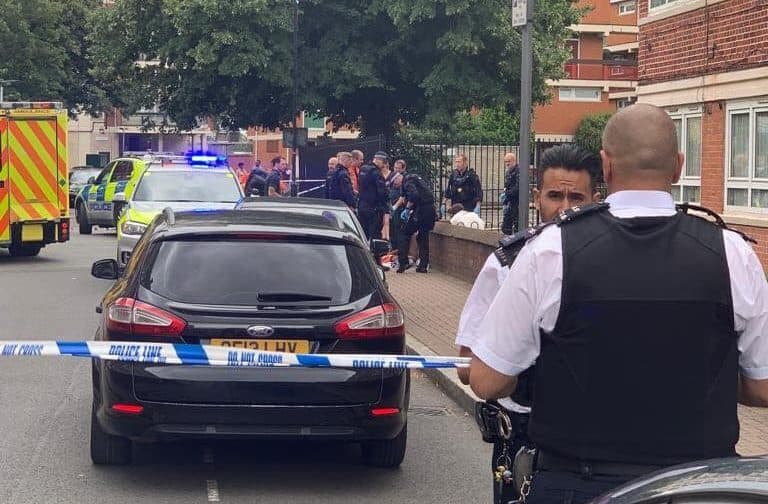 The view from the scene

Two men in their twenties have suffered stab and slash wounds on Rotherhithe’s Aylton estate this afternoon, (Sunday, July 28).

Police said they were called to reports of an group of males fighting armed with knives on Rotherhithe’s Renforth Street shortly after 4.45pm.

Their condition has been assessed and is not thought to be life-threatening, said police.

Officers and a crime scene remain in place on the estate, while no arrests have been made at this early stage.

The Met also imposed a Section 60 order in the surrounding area until 5am on Monday morning.

The power means that police are able to stop and search without suspicion for a limited time.