Steve's daughter, Maisie, has asked that everyone at this Saturday's game claps on the 57th minute in a moving tribute to her dad 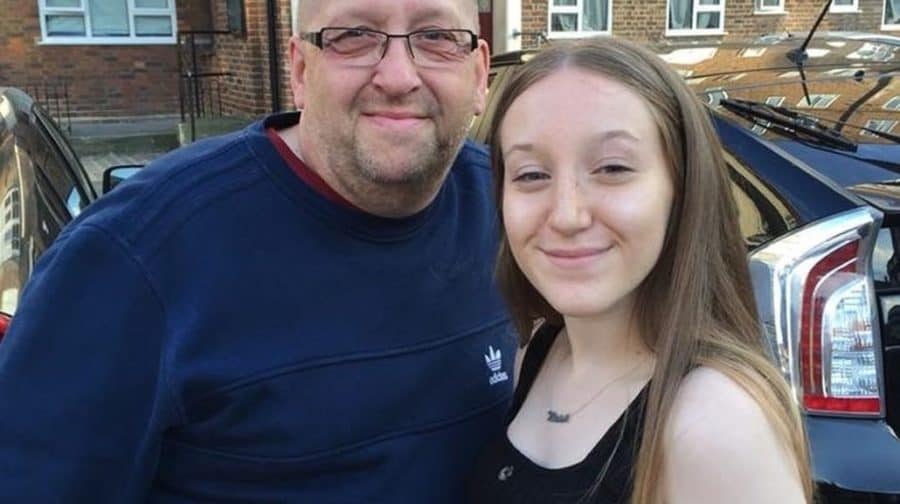 The teenage daughter of a lifelong Millwall fan who passed away unexpectedly has asked Lions supporters to join her in a moving tribute to her dad on the first game of the season.

Lifelong fan Steve Murrell, who grew up in Peckham and lived in Kennington, sadly suffered a sudden blood clot on July 20.

His daughter Maisie, 15, has appealed to Millwall fans to mark her doting dad’s memory by clapping on the 57th minute of Saturday’s game – as Steve was only 57-years-old when he died.

“We’ve all bought as many tickets as possible to get the family down to make this clap.

“It would mean the world to Maisie to make this happen,” said Louise Gaul, Steve’s niece and goddaughter.

“I know he’s looking down, but it’s such a shame he’s not here to see it all. We were all so shocked, it was so sudden and unexpected.” The dad-of-three – to Maisie, Billy, 29 and Kerry, 25 – had been fetching lunch for his family at a garage near to his home when he was taken ill and collapsed.

An off-duty doctor who happened to be jogging by at the time of Steve’s collapse attempted to give him CPR while the emergency services were called, but he sadly could not be saved.

“We’d like to say a massive thank you to the off-duty doctor who helped him and all the emergency services who helped him, they tried so hard,” added Louise.

The club has also told the family it will encourage fans to take part in the emotional tribute by making an announcement over the tannoy and putting details of Maisie’s appeal in the programme.

“Millwall Football Club sends its condolences to the family and friends of Steve Murrell following his sad passing,” said a spokesman.

“Our thoughts are with all who knew Steve at what is an incredibly difficult time.” Steve, (pictured left, with Maisie) was a lifelong Lions fan and season ticket holder, having attended games from the age of six

“We’re blown away by the generosity, it’s so nice there’s going to be this nice tribute to him. We couldn’t ask for anything more really,” Louise said.

“I’m going to miss him and his big bear hugs so much,” she said. “He was hardworking and really supportive to everyone who needed him.”

The family have been inundated with messages in memory of Steve, particularly from Millwall fans, as he was a familiar sight at the Den.

He first attended a game when he was just six years old with his father – who had to lift him over the turnstiles, he was so small – and would reminisce about calling out to player Harry Cripps.

Despite the game often being in full flow, Cripps would come over to Steve for a quick chat.

The Millwall passion was passed onto Maisie when she was around the same age, too – and father and daughter were dedicated ticket holders ever since.

The clap for Steve will take place at the Millwall v Preston game this Saturday, August 3.