Rotherhithe: Over £1,000 raised for longstanding publicans turfed out of their home – but more needs to be done 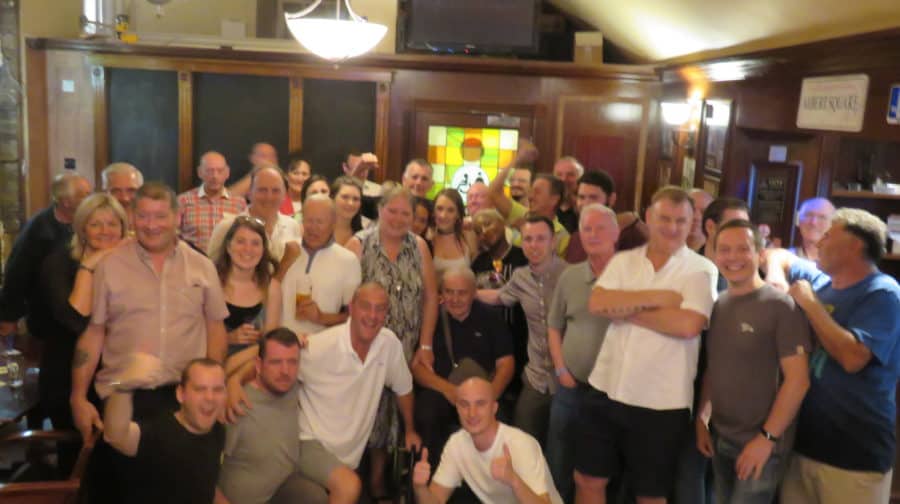 A raffle and auction fundraising event to clear the legal bills of an ex-publican couple from Rotherhithe has raised over £1,000 – but more needs to be raised.

Mick and Linda Norris were turfed out of their home and business at the China Hall by the off-shore developer Hamna Wakaf Ltd in January this year, leaving them with a whopping £22,000 legal bill.

Simon Hughes, the former local Bermondsey MP who organised the evening at Bermondsey’s Old Bank pub on Friday said: “Thanks to Mos and the team at ‘The Old Bank’ and some very generous supporters we collected well over £1000 on Friday.

“We now need other generous friends, supporters and donors to help us raise the rest of the money to pay the rest of the legal bill. Nothing will go to the family themselves.”

The historic boozer on Lower Road, which Mick and Linda ran for over 35 years, has been standing empty since they were forced out.

Now more auction prizes are on offer to the local community in a bid to clear the couple’s legal bill. Among them are a signed Millwall squad t-shirt and tickets for a show at the Southwark Playhouse.

The first people to contact this paper by email with a bid of £100 or more for each of the items in the list below will receive confirmation their bid has succeeded and then have until 15th August to pay to secure their prize.

Southwark NewsNewsRotherhithe: Over £1,000 raised for longstanding publicans turfed out of their home – but more needs to be done