'I promised her that I would raise money to fund a cold cot, so that other families would be able to make the memories that we have' 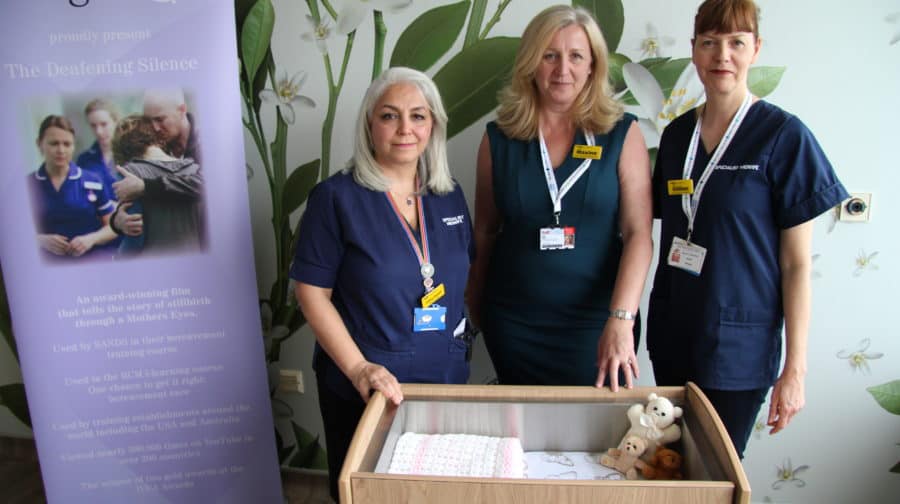 Special cots which allow families who’ve suffered the tragedy of stillbirths to spend precious time with their babies have been unveiled at St Thomas’s Hospital.

The cots contain a cooling unit which means the child can stay with their parents for longer, giving families a chance to say goodbye in their own time.

The apparatus was bought with funds donated by the families of two stillborn babies, and each of the two cots bear a plaque with their name.

The cots can be used when a baby has died after being born prematurely or is stillborn.

“They enable the parents to keep their baby nearby with them and gives families an opportunity to make memories, despite the sad circumstances.”

One family who helped donate a cot are Tara and Saminder Matharu, from Slough in Berkshire, who sadly lost their baby girl Mimi to stillbirth in January at a Berkshire hospital where they used an Abi Cot.

“It seemed a very fitting tribute to be able to, in such awful circumstances, give other families the chance to have that time with their babies that maybe they wouldn’t if the hospitals didn’t have the Abi Cot,” said Tara.

Vicky Smart, from Kent, fulfilled a promise to her stillborn granddaughter Isabella-Rose by skydiving to raise money to buy a cold cot.

“When I held Isabella for the first time, I promised her that I would raise money to fund a cold cot, so that other families would be able to make the memories that we have,” she said.

“I also wanted to do something that would have Isabella’s name on it so that her memory would live on.”

“It was really special to meet Mimi and Isabella’s families and we’re incredibly grateful to them for what they have done,” added Ms Spencer, director of midwifery at the Trust.

Saminder has now launched a fundraiser with the help of his work colleagues to donate another cold cot to a hospital in need.

The team will be running a 5k ‘Tough Mudder’ in Clapham in a bid to raise £2,500 for the equipment. Saminder’s fundraiser can be found here.

Around 15 babies die before, during or soon after birth every day in the UK.