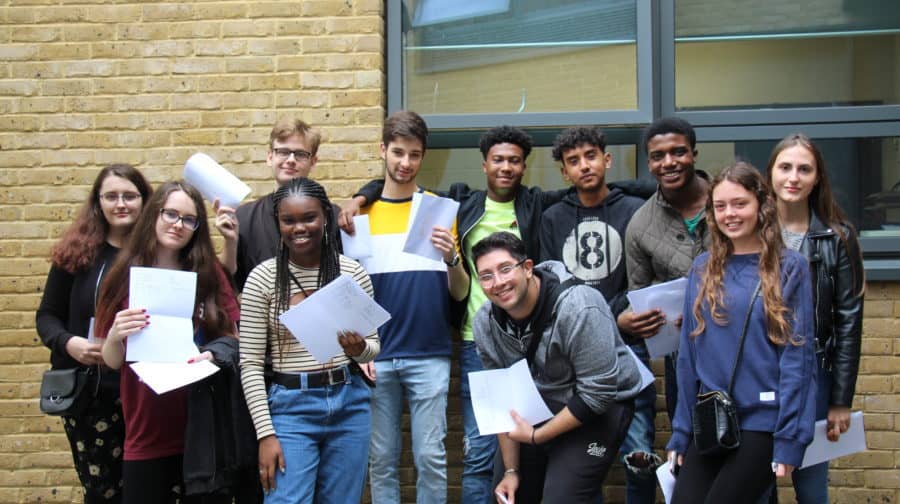 Pupils from Bermondsey’s St Michael’s Catholic College are heading off to top universities such as Durham, Imperial and Warwick after nearly 20 per cent of entries scored an A or A* grade.

For technical qualifications, the average grade was a Distinction*, said the College, praising a set of ‘exceptional’ results.

Among the school’s success stories today are Emmanuel Dadzie, the first in his family to go to university, who will be taking up a place at prestigious King’s College to study Electrical Engineering. Fellow classmate, Zion Darko, achieved a clean sweep of five A grades, and will now be studying at Imperial College, and said he was pleased to make his parents so proud.

Over 40 per cent of all entries secured an A*-B grade.

“These results not only reflect the magnificent efforts of the students but the support of their parents and the outstanding work of the staff at St Michael’s Catholic College,” said Felicity Corcoran, the school’s principal.