Two of a kind: Jasper the Firefighting Dragon and John Lewis’ Excitable Edgar 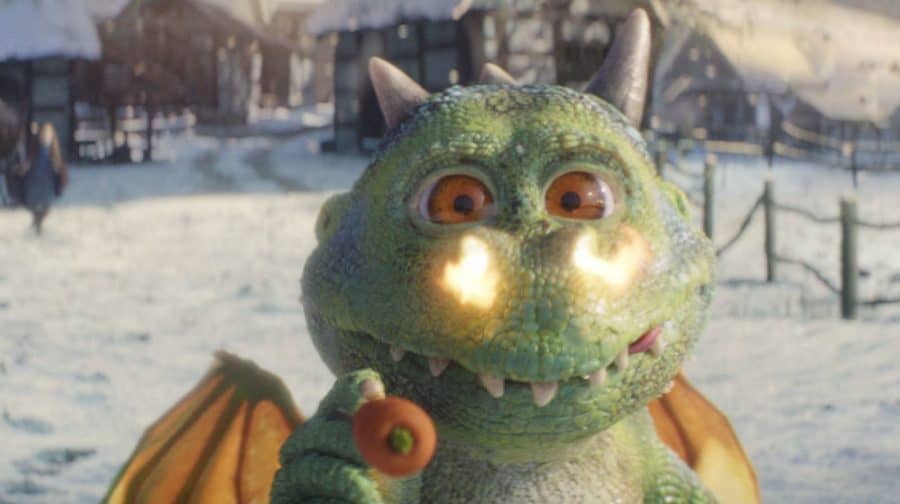 Was the most anticipated advert of this Christmas season inspired by a Bermondsey mum’s bedtime story?

Thirty-three-year-old mum turned best-selling children’s author Val Blackburn’s Jasper the Firefighting Dragon story is not a million miles away from John Lewis’s Edgar, who ruins festivities with his fiery breath.

The retailer’s two-and-a-half-minute ad called Excitable Edgar is the first joint campaign with Waitrose and ends with Edgar putting his fire-breathing excitement to good use by lighting the Christmas pudding. Val and daughter Elizabeth, who inspired her best-selling book

But well over two years ago when Val penned her book for her eldest daughter Elizabeth, who was a toddler at the time, she had to come up with a very similar ending for her creation.

She told the News: “Like most parents I make up stories for my children. “I’ve got lots of different ones and that night I was given a request that she wanted a story about a dragon and a fire engine. “The only way I could think of doing that without making the dragon a baddie was to have him as a water-breathing dragon to help the fire brigade. “We had it so the dragon didn’t fit in with the other dragons as there were camping trips with camp fires getting water sprayed on them, so he was feeling lonely.

“Then he saw a house fire and sprayed water on it and when the fire brigade turned up the house had already been saved.

“Everyone was pleased with him and they asked him to join the fire brigade, and in winter he also freezes the town square and they ice-skate on it.” It made it onto two Amazon bestseller lists and she found out while pregnant with her second daughter Imogen.

Val has since released the second book in the series, Jasper the Dragon and the Fiery Sneeze, and also given birth to twin girls, Juliet and Freya, aged six months. Just a couple of week ago Val posted on her Facebook page her excitement at bringing out a third book before Christmas, Jasper the Dragon and the magical circus. Unfortunately days later she was taken ill and is recovering in hospital with sepsis. To follow the adventure of Jasper go to
www.facebook.com/thejasperdragonseries