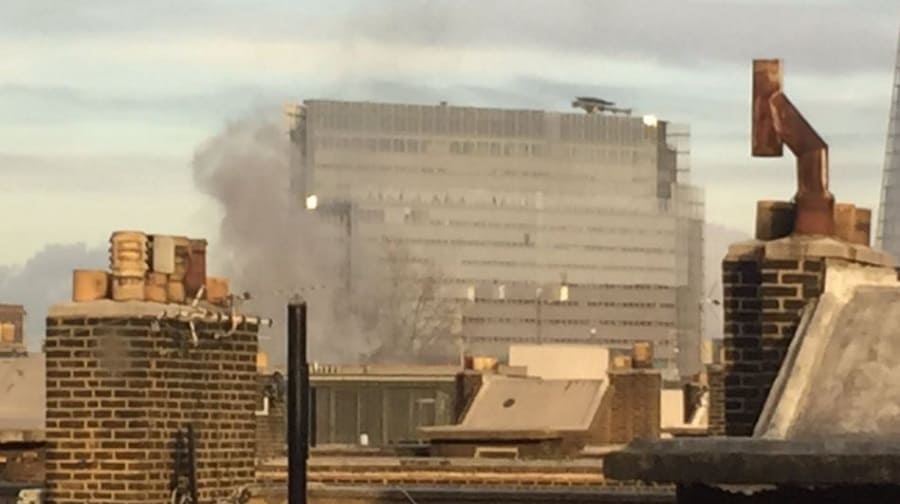 35 firefighters and officers are tackling a blaze at a third-floor flat in Great Guildford Street Credit: London Fire Brigade

Twelve fire engines and 81 firefighters and officers tackled a fire at a block of flats in Borough.

The fire broke out at a third-floor flat in a five-storey block of flats and offices near the junction of Great Guildford Street and Union Street.

One person left before the arrival of the brigade and thankfully there were no injuries.

Station manager Mark Reed, who was at the scene,  said: “When crews arrived, thick smoke was drifting across the rooftops of Southwark and our control centre received multiple calls about the fire.

“Crews worked quickly to contain the fire and minimise its spread and they will now be cutting away at the building to ensure that the fire is not smouldering in ceiling and wall voids.”

The brigade was called at 4.52pm and the fire was under control by 6.35pm.

The cause of the fire is not yet known.