MP:?I’ll battle for Harvey in parliament 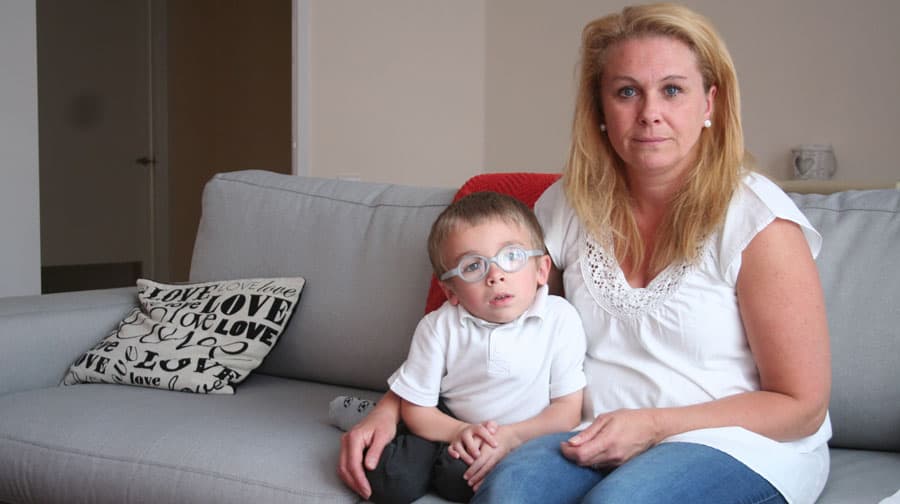 Harvey and his mum Vikki

Bermondsey’s new MP has vowed to take up the plight of a six-year-old boy with a degenerative disease, as the NHS prepares to make its decision on whether to offer a drug which could change his life.

Neil Coyle, elected to the Bermondsey and Old Southwark seat in May, says he is going to take little Harvey Brown’s battle to parliament, starting with getting health ministers to meet the Surrey Square Primary pupil and his mum, Vikki.

Harvey has an ultra-rare degenerative disease called Morquio, which affects just 77 children in the UK. The inherited illness is caused by an enzyme deficiency, which means Harvey’s skeleton will not develop properly. His organs will continue to grow but his weak bones won’t and he is likely to develop heart disease and breathing difficulties while gradually losing his vision and hearing. Not that bubbly Harvey is letting that put him off dreaming of being a Millwall player.

There is currently no cure for Morquio, and, untreated, patients like Harvey rarely live beyond their twenties. The first drug which could help Harvey live a longer, happier life is not being offered on the NHS yet, even though it was approved by the Eurpoean Medicines Agency in April last year. Despite the trial for Vimizim being run in the UK, the life-changing drug is now being offered in ten different European countries while British children like Harvey sit and wait, deteriorating day by day.

The NHS is due to make an announcement next week on whether children like Harvey will get temporary access to Vimizim while the National Institute for Health and Care Excellence (NICE), which advises the NHS on the drugs it can afford to offer, prepares a formal recommendation for October.

Harvey in his Millwall kit

Having seen Harvey’s plight in the News, Mr Coyle decided to join the campaign to get the Bermondsey boy the help he needs. “I am happy to help campaign for Harvey and his family,” he said. “I have been in touch with NICE regarding their current consultation and its potential impact on families like Harvey’s.

“I will also be asking health ministers to meet Harvey and his mum to explain to them why NICE puts price before value of life for people with rare conditions.

“I hope rules will change so that, as a country, we can better support Harvey, his mum and families like them better in future,” he added.

To make a donation or find out how you can add your support, visit www.mpssociety.org.uk

Its disgusting that the government won’t fund this when they fund things like gastric bands,
unnecessary cosmetic surgery & people from other countries coming here for treatment.
It’s The Bermondsey Carnival next week & Harvey will be there like he is every year, It would be good if we can promote the awareness of The MPS Society there.