These images and the accompanying testimonies form a growing archive of a community of people who are risking their lives by living authentically in the face of oppression and discrimination. 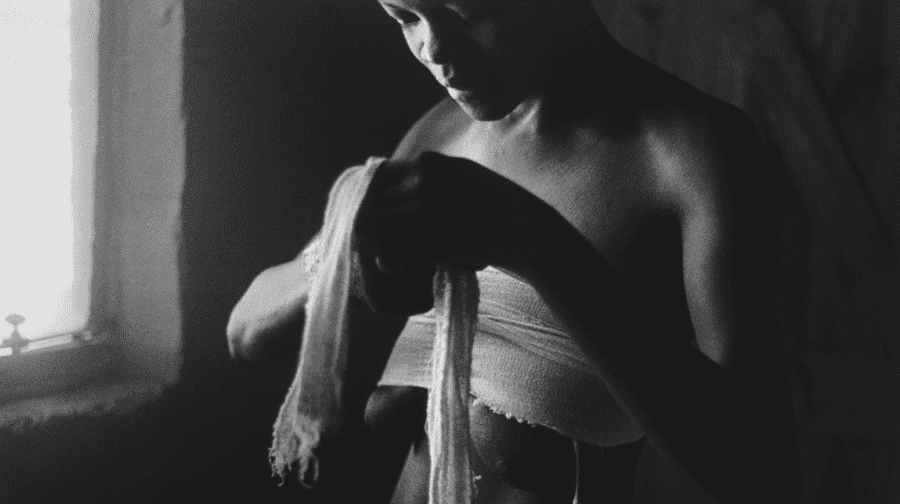 Zanele Muholi is one of the most acclaimed photographers working today, and their work has been exhibited all over the world. With over 260 photographs, this exhibition presents the full breadth of their career to date.

Muholi describes themself as a visual activist. From the early 2000s, they have documented and celebrated the lives of South Africa’s black lesbian, gay, trans, queer and intersex communities. 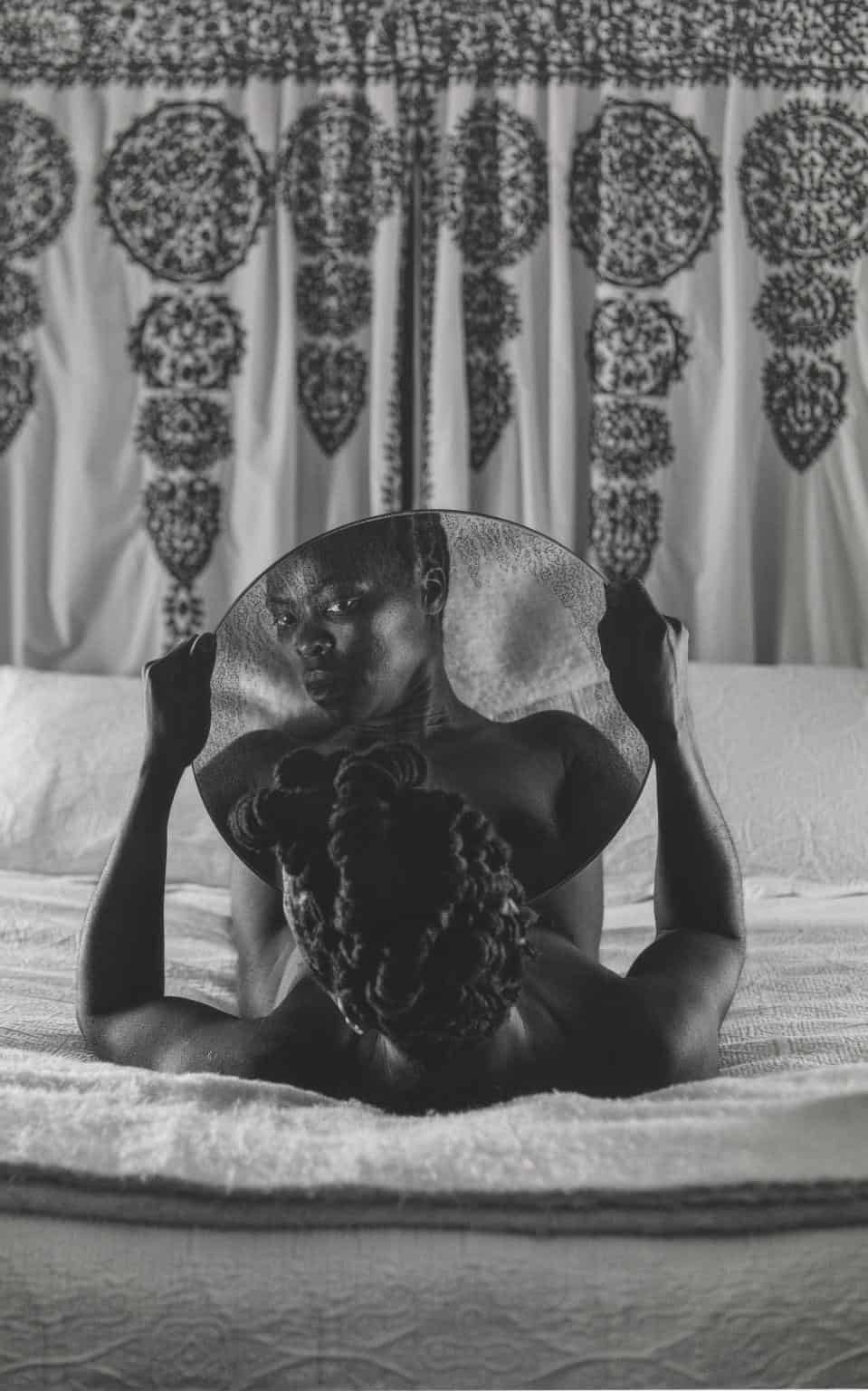 In the early series Only Half the Picture, Muholi captures moments of love and intimacy as well as intense images alluding to traumatic events – despite the equality promised by South Africa’s 1996 constitution, its LGBTQIA+ community remains a target for violence and prejudice.

In Faces and Phases each participant looks directly at the camera, challenging the viewer to hold their gaze. These images and the accompanying testimonies form a growing archive of a community of people who are risking their lives by living authentically in the face of oppression and discrimination. 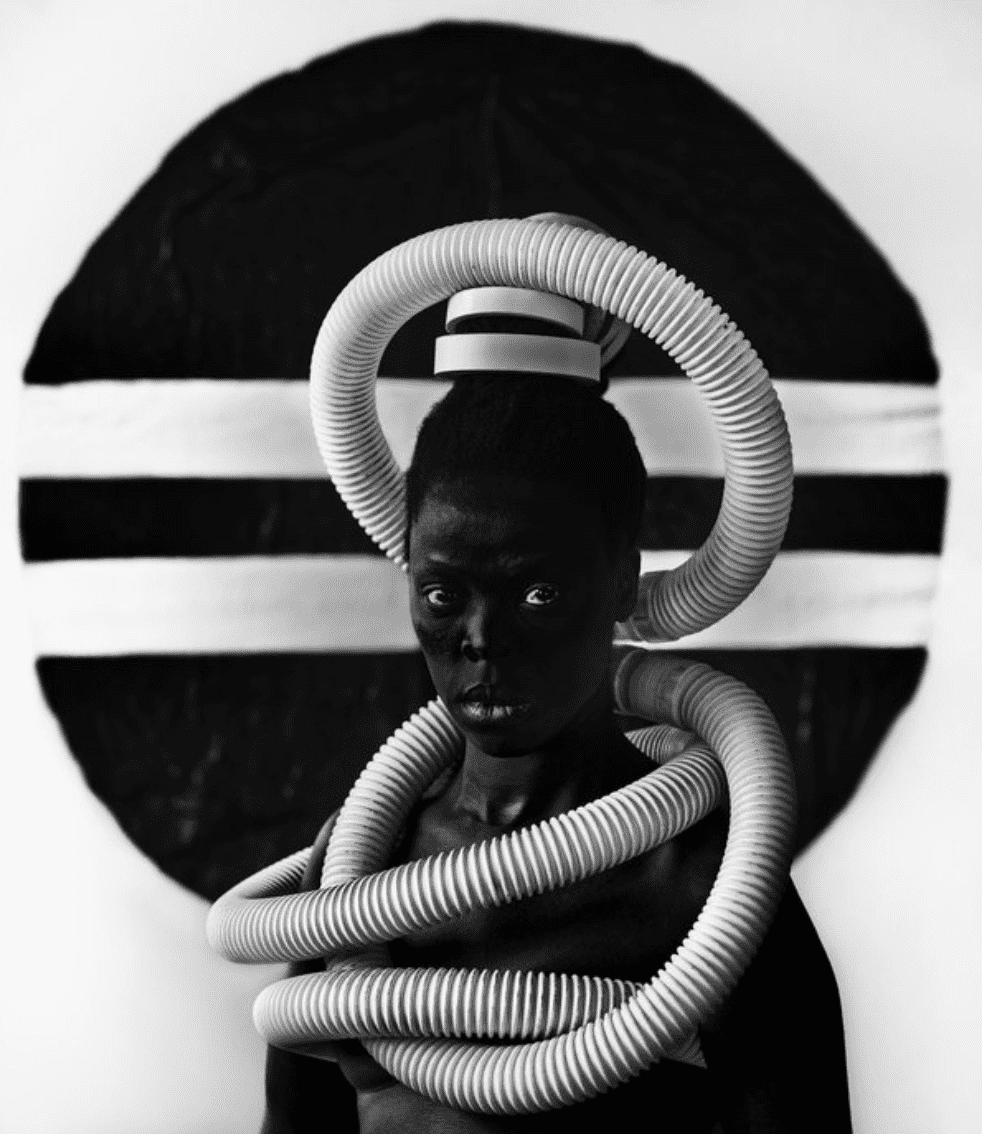 Other key series of works, include Brave Beauties, which celebrates empowered non-binary people and trans women, many of whom have won Miss Gay Beauty pageants, and Being, a series of tender images of couples which challenge stereotypes and taboos.

Muholi turns the camera on themself in the ongoing series Somnyama Ngonyama – translated as ‘Hail the Dark Lioness’. These powerful and reflective images explore themes including labour, racism, Eurocentrism and sexual politics.