Sasha Regan says: 'I’ve waited a very long time to get my boys into the West End - I could cry with excitement and love and nerves over this.' 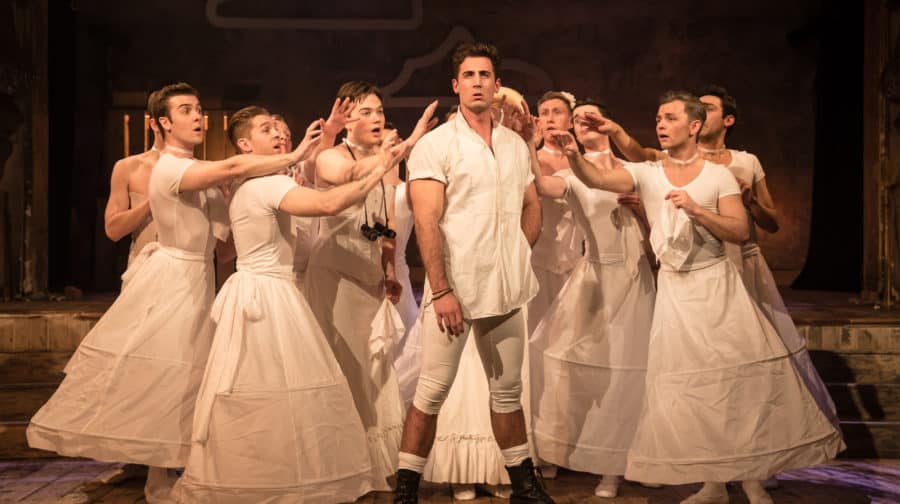 If you can only get to see one show this Christmas then this is the one you should get to see, because Sasha Regan and her All-male Company brings The Pirates of Penzance, one of W. S. Gilbert & Arthur Sullivan’s best-known classic operettas, for two nights only.

Sasha is making history by bringing Gilbert & Sullivan to a theatre once owned by the man who discovered them and nurtured their careers and she is doing this during a particularly difficult time in our history and in the history of theatre – a tremendous feat for a small theatre company.
The merry band of pirates and their winsome lasses sail into the Palace Theatre with their inventive new take on Gilbert & Sullivan’s classic. Featuring a shipshape cast singing songs including: “I am a Pirate King”; “Oh, happy day, with joyous glee” and “A rollicking band of pirates we”, they are sure to raise the roof off the Palace Theatre! 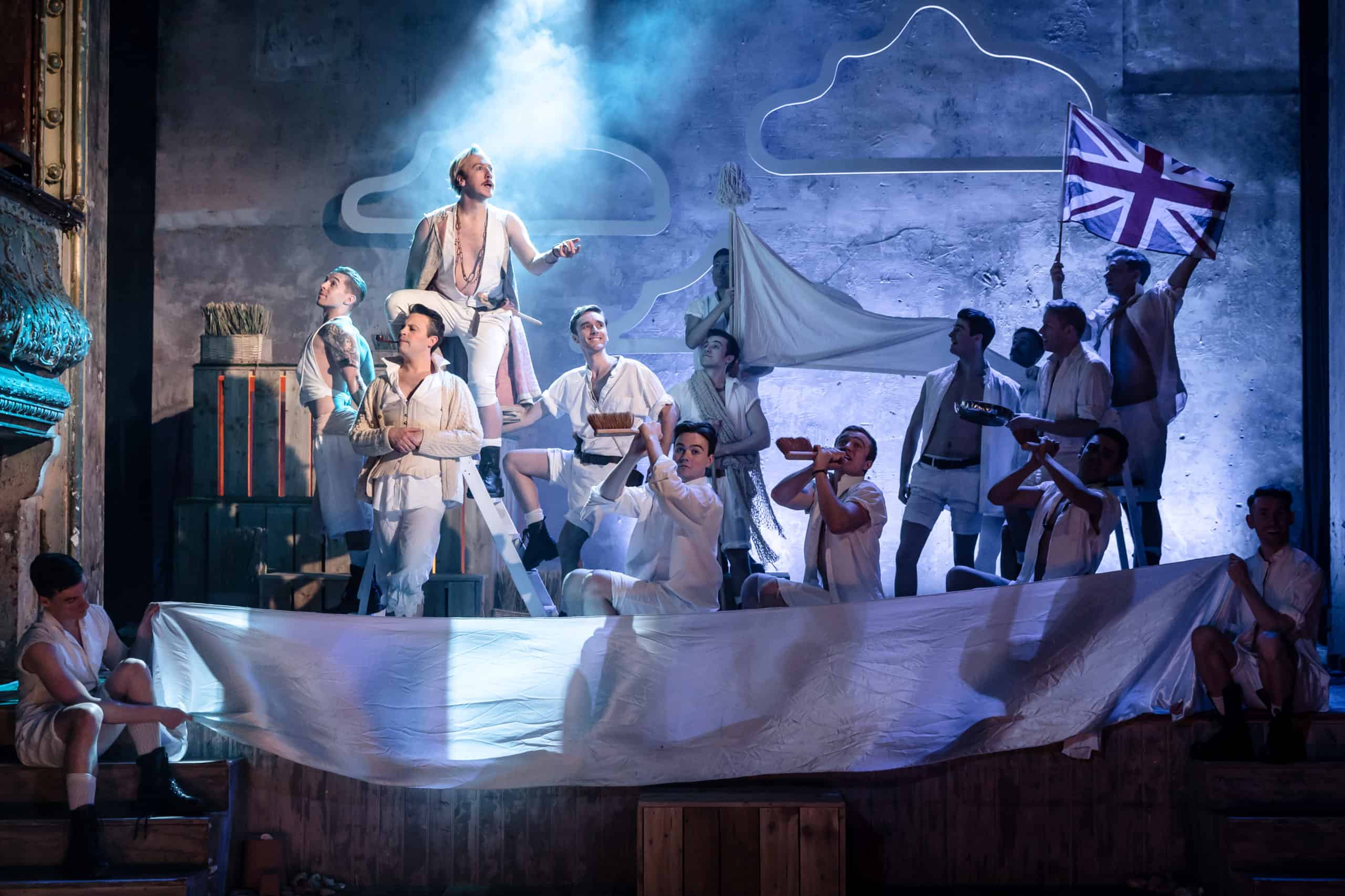 Expect plenty of onboard japes from the swashbuckling crew who are braving the high seas with rum and hand-sanitisers to bring you a socially distanced, Covid-secure show. A joyous and much needed escape for families and friends.

Sasha Regan, who once again directs, declares, ‘I’ve waited a very long time to get my boys into the West End – I could cry with excitement and love and nerves over this. Two nights only but it’s going to be the best night ever!’

The production was first staged at The Union Theatre in the heart of Southwark over a decade ago where it was a runaway success, winning Best Off-West End Production at The WhatsOnStage Awards in 2009.

Pirates transferred to Wilton’s Music Hall for a 6-week run and on to The Rose Theatre, Kingston before the All-male Company set sail on a tour of Australia, culminating in a month-long run at Cate Blanchett’s prestigious Sydney Theatre. There was a subsequent UK Tour in 2015 and another critically acclaimed run at Wilton’s Music Hall last year.

During this troubling time of Covid-19 Sasha Regan’s company is bringing a well-known operetta from its humble beginnings at the Union Theatre over a decade ago to the original home of the Savoy operas – a remarkable feat.  The Company hopes that 141 years after it ran at New York’s Fifth Avenue Theatre in 1879, followed by its London début the following year at Opera Comique and later at the Savoy Theatre, that audiences of all ages will fall in love with this beautifully written operetta performed in a Victorian theatre created for this work.