‘In addition,’ she shouted over me, ‘I have a jazz-French-chanson project called Mademoiselle Loulou Orchestra.’ My head was spinning. Had I woke up in some distorted Dadaist daydream? 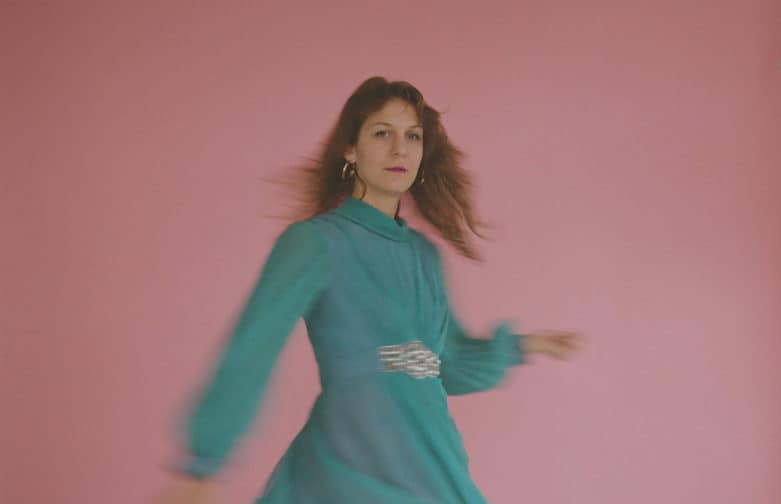 Where do you begin with a woman like this? Well, she’s French, she plays accordion, sings, composes electronic music and makes videos, which is a whole lotta stuff to be getting on with. But there was more: ‘I’ve got two bands, one called Garance and the Mitochondries, that is Alternative-French-chanson-tropical, with whom I made my last album featuring a total of 25 musicians,’ she trilled in a rather mesmerising accent that combines suave Français with gritty Camberwell, while I tried to work out exactly what that genre was or might sound like, writes Michael Holland.

Alternative to what, I was going to ask until she stopped me short with, ‘The other is a trash-electro-disco project that is called Chewy She, and for this I do short humouristic, abstract videos dressed up as a latex beetle.’

Dressed as what? Did I hear that correctly? ‘In addition,’ she shouted over me, ‘I have a jazz-French-chanson project called Mademoiselle Loulou Orchestra.’

My head was spinning. Had I woke up in some distorted Dadaist daydream? ’I am also a professional busker!’

I held up both hands in submission. ‘Can we just go back a bit,’ I pleaded.

My nut was truly done in. 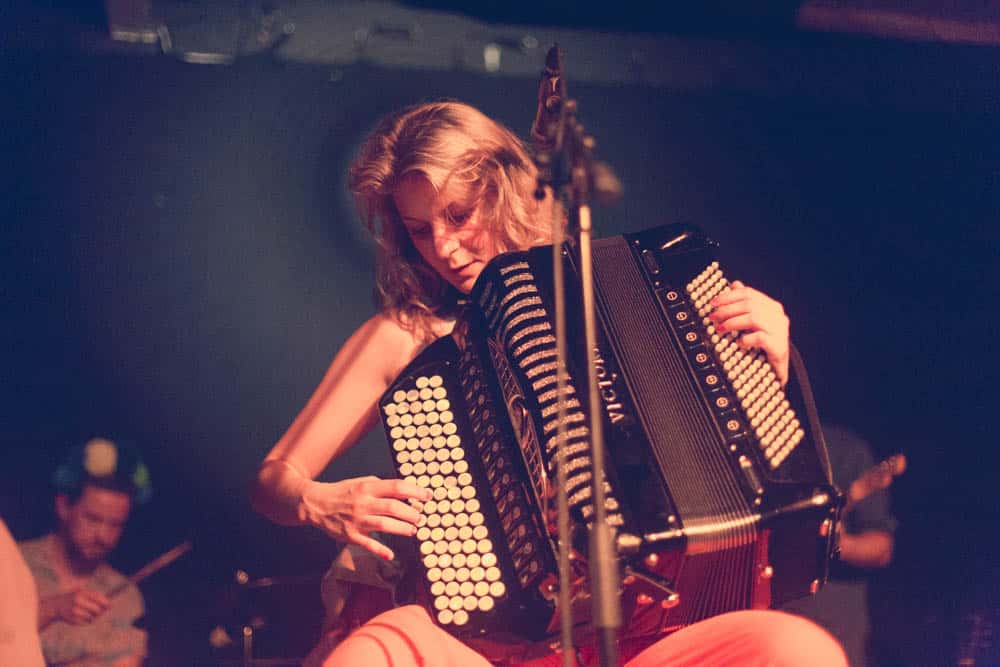 So, people, welcome to the crazy world of Garance Louis, AKA Chewy She. I quickly realised from my initiation into that world that the best thing to do was to keep quiet and let the lady lead.

‘I went busking for the first time at 15 years old, and never stopped,’ she began. ‘Then, when I moved to London at 19, I met a lot of musicians by playing in the street and started my band Garance and the Mitochondries.’

I wondered what her parents thought: ‘When I decided to play accordion at 13 they bought me one for Christmas… They were not very up for me to not go to university and come straight to London after my baccalaureate, so I tried to study but left after a few months and went straight to London without properly letting them know.’

That must have been awkward. ‘As my music career kicked off here, they ended up being proud of me, so it was all fine.’ 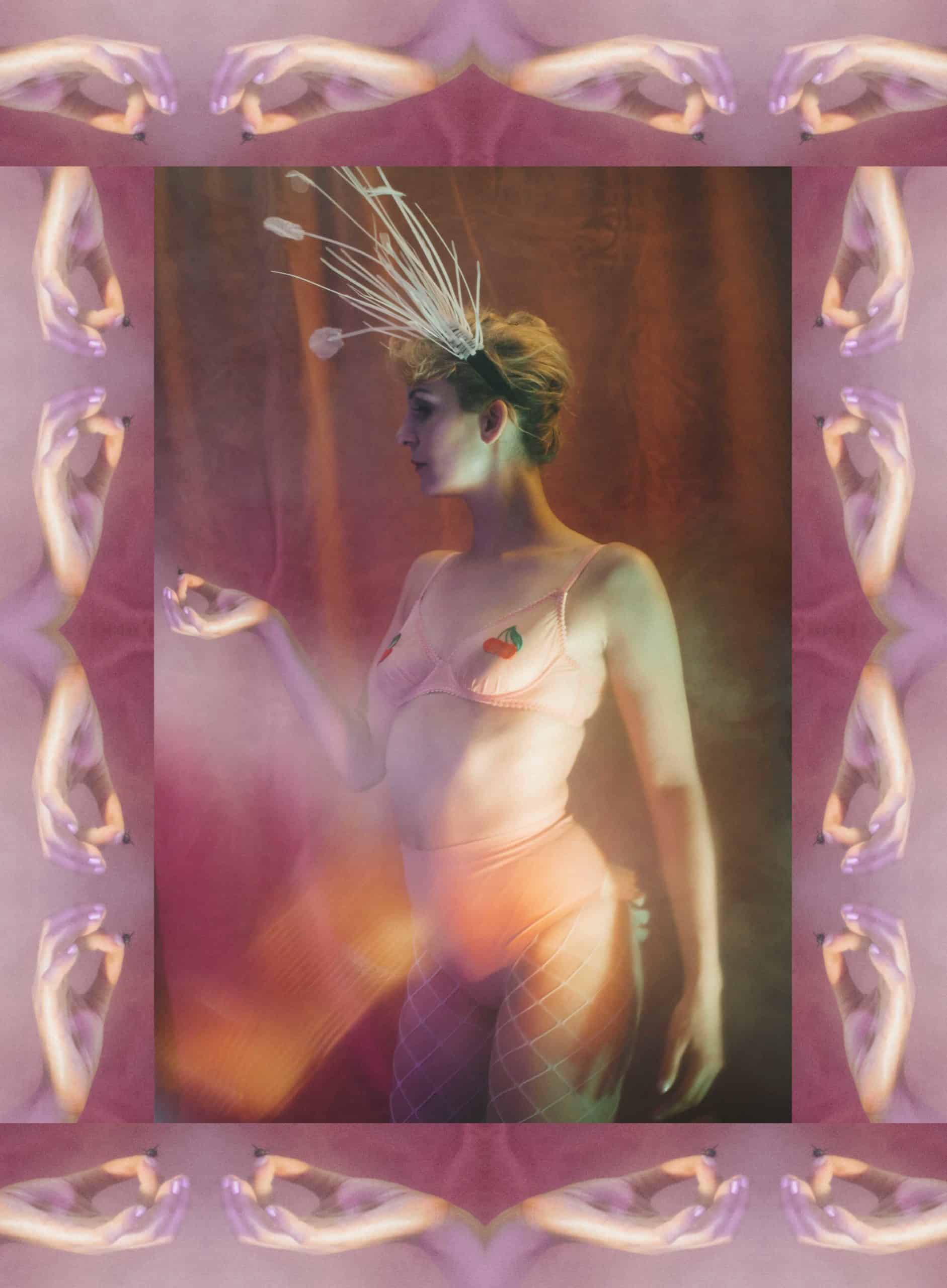 The live shows developed into an artistic mix of theatre, costume and music and Garance’s career gradually grew. ‘When my parents saw a Chewy She gig for the first time I was a bit uncomfortable considering it is a very punk show and my costume was very revealing,’ she says while oozing beaucoup Gallic je ne sais quoi. ‘I was aware of their presence so didn’t let myself go completely. After the gig my mum said, “You have to let go more! Go crazy!” I took her advice to the letter and felt much relieved about her answer.’

And now the virus. She spoke of the difficulties of trying to release music whilst being an independent musician, but talked about how she has adapted to the collapse of live performance by ‘showing it through the virtual world of the internet’.

She has been out busking again and looking at herself with therapy. Her manic life of before has been slowed down as she comes to terms with this Covid era. ‘I realised I needed to have ONE goal and not try to do everything,’ she stresses emphatically. ‘I was very confused, and like a maniac tried to do too many things. I was learning classical tracks on the piano by ear, learning a whole new set of covers to do live streams, doing a radio show, writing new music…!’

Garance is both excitable and exciting. I cannot imagine her sitting still and doing nothing, although she must do when she has therapy and acupuncture, which she took up in lockdown ‘to try to feel good in a mad world’. They were a success. ‘It is like I am having accelerated work on myself… It is quite intense and enjoyable and has changed me for the best’, she declares triumphantly.

Someone who works as hard as Garance must need to recharge and reflect because once she got back talking about her work I was quickly exhausted. She raved about loving the spontaneity of what she does and ‘the cathartic effect of creativity from turning ugly emotions into something beautiful… the collaborations with others… the magic of playing with people you meet for the first time… playing a gig and the connection between the audience and the performance… playing in the street and creating something that I never thought would have been created if I didn’t stop there, or if the passers by didn’t stop there as well…’

I was ready to let her stick needles in me or at least give me her therapist’s number. But I was warming to Garance and the vibe she radiated.

We spoke of her sense of achievement when she launched the album ‘Balance l’aurore’ with the Mitochondries, with a 20 piece orchestra. She described it as ‘overwhelming and beautiful’. She stopped for breath, as did I. ‘I am spending more time making videos than I ever did before in my life, and I feel like it is a new, exciting path that I am taking into the unknown. She emphasised how much more relaxed she is now and looking forward to finishing the Chewy She EP. But with no gigs to bring in the money there was a problem. The French chanteuse elaborates: ‘The only thing that was stopping me from completing the EP was the financial aspect, so I decided to do a crowdfunding campaign to finance the mixing and mastering.’

And with that she fluttered away like a butterfly. Just like that. Maybe to mix and master. Perhaps to go out busking.

From an initial boding of fear and shirking away from ‘Alternative-French-chanson-tropical’, I listened and grew to love it as much as I grew to love the Absurdist green-eyed lady who makes it.

Check out the website to hear her music, and if you want to support the independent, self-employed musician who brings joy into people’s lives then do feel free.