No reports of injuries 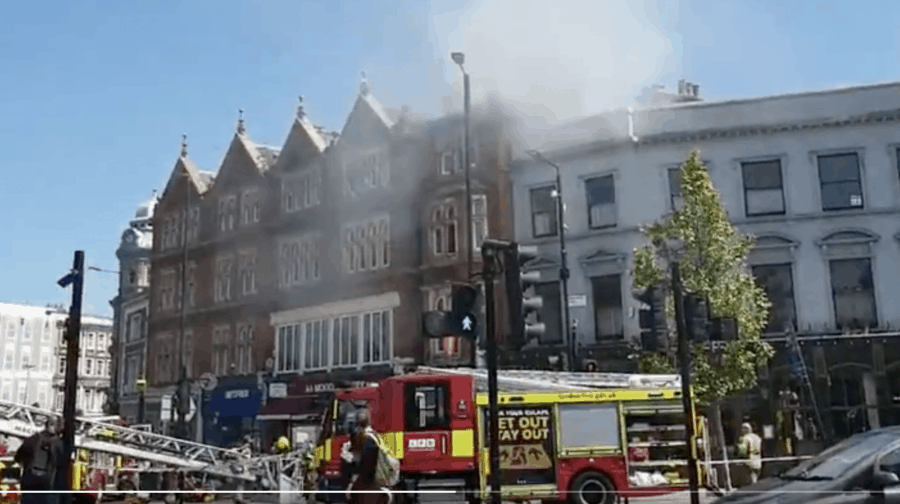 Firefighters tackled a fire in a Camberwell Green takeaway this afternoon.

Operators received more than 40 calls after the blaze broke out at 1.30pm in a shop with flats above.

It was brought under control an hour later with the help of four fire engines and around 25 firefighters from Dowgate, Clapham and Lambeth fire stations.

Four people had escaped before the brigade arrived and, fortunately, there were no reports of injuries.

The cause is now under investigation.

A video from the scene shows smoke billowing out the terraced building on the south-east side of the green.

Nearby pub The Tiger said it would be opening slightly later than usual while emergency services remained at the scene.

Due to a fire in the adjacent building, we will be opening later than usual. We will have the beers flowing again as soon as the all clear is given. pic.twitter.com/osFhP9znBG