Amélie Brings Amour to Paris and the West End

I thought those energetic elbows would take an eye out. 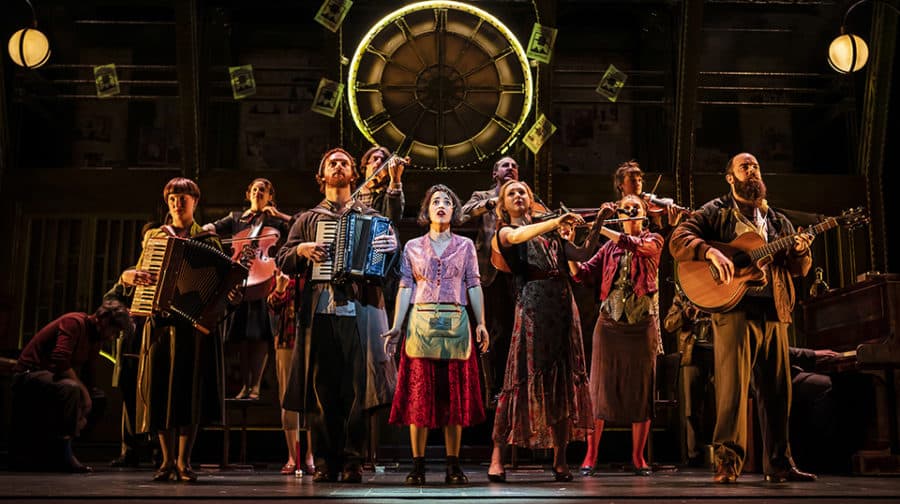 The beautiful Criterion Theatre reopens with Amélie the Musical telling the story of a young French girl who grew up terrorised by a not very nice mother in an eccentric household where she was not allowed out and the pet goldfish was suicidal, writes Michael Holland…

After the mother dies in tragic but hilarious circumstances, Amélie leaves home, leaving her father idolising the gnome shrine that he built to house the dead wife’s ashes, ‘Because she hated that gnome’. 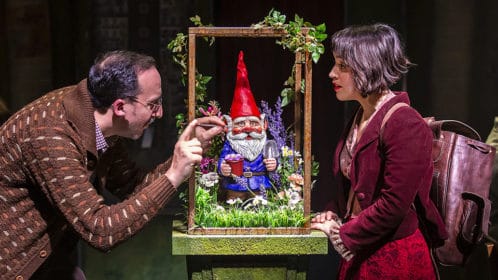 In Paris, she finds work as a waitress in a Montmartre café frequented by the usual crew of misfits drinking pastis and cognac, and to make up for her sad and sheltered life Amélie begins small, but secret, acts of kindness. She sees the joy when her work brings people together, so makes it her life’s mission.

Before long she has reunited families and lovers, opened doors to dreams, and generally put smiles on many people’s faces, and none more than us in the auditorium. And, of course, she finds what has been missing from her own life – love. It wouldn’t be a West End musical without it.

The set is quite fantastic with pianos that turn into a well-stocked bar, a vegetable stall, and a sex shop, as well as provide music throughout – a pumping playlist of songs that traverse French Jazz, street accordionist, pop, and traditional musical theatre. One highlight being a looky-likey going full-on Elton John for an imaginary funeral scene.

The band is actually the cast who fill up the small stage with their drums, flutes, guitars, cellos, double bass, and violins as they dance and move around; many times at such close quarters I thought those energetic elbows and flying bows would take an eye out.

There is some excellent puppetry work and Amélie brilliantly accesses her apartment like Mary Poppins. What’s not to like?

Amélie the Musical is comic, fun, poignant, surreal… It helps if you have seen the 2001 film because unless you catch every lyric and understand every word of the cod-French, you might struggle with what is going on in Amélie’s quest for happiness. Even so, the music and Audrey Brisson in the title role will ensure an enjoyable time.

Southwark NewsNewsAmélie Brings Amour to Paris and the West End