The drug has been called the world's most expensive 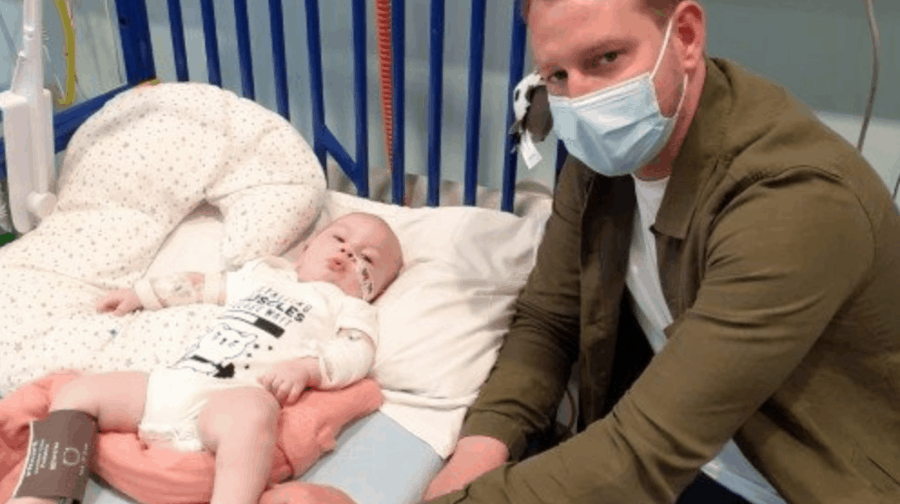 Baby Arthur with his father Reece

A baby has undergone a new form of potentially life-saving gene therapy treatment at Evelina London Children’s Hospital – one of four hospitals in the UK that now provides the treatment.

Baby Arthur was born six weeks premature in December with spinal muscular atrophy (SMA), a rare and serious genetic disorder. By using the new drug Zolgensma, doctors can allow babies with SMA to sit and crawl, breathe without a ventilator and live longer.

“When we found out that Arthur would get the treatment, and be the first patient, I just broke down. It had been such a whirlwind few weeks, filled with lots of anxiety and adjustment as we learnt about his condition and what it might mean for him and our family.

“The way the treatment works is incredible, where the gene is hidden in a virus, and is given to him in a simple canula. We still don’t know what the future will hold, but this gives Arthur the best possible chance for a future.”

Babies like Arthur with SMA may now be able to have a one-off gene therapy treatment to go for the root cause of the disease with the aim of preventing it from progressing further. Left untreated, children with the most common type of SMA often do not survive past early childhood.

Zolgensma is now available to NHS patients. It was first approved in the US in 2019. The drug has been called the ‘world’s most expensive drug’ at £1.79 million list price per dose.

Marian Ridley, Director of Evelina London said: “At our specialist children’s hospital we look after the sickest children and young people. Spinal Muscular Atrophy is a devastating condition, so to be able to provide this life-changing treatment is hugely exciting.

“Research and innovation are a big part of what we do at Evelina London, including big leaps forward in treatment for rare conditions such as SMA. Healthcare is always evolving and through new treatments we are able to offer more life-changing care and treatment to the growing number of children and families that need us.”