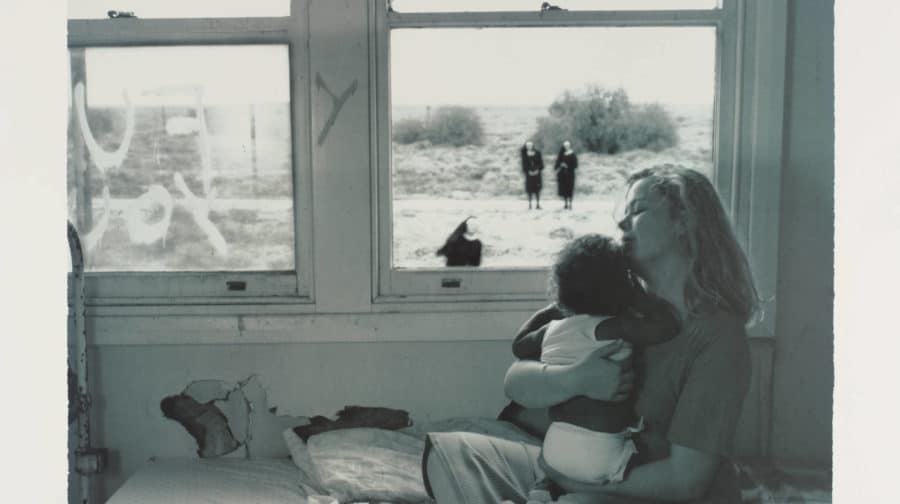 This week Tate Modern opens a new free exhibition of over 25 works by Australian artists, many on show for the first time in the UK, to explore debates around land rights and the ongoing legacies of colonialism.

It takes as its starting point the High Court of Australia’s landmark 1992 Mabo ruling in favour of five Meriam people including Edward Koiki Mabo. This decision overturned terra nullius (meaning ‘land belonging to nobody’), the doctrine on which the British had justified colonising the land now known as Australia.

The exhibition brings together works from Tate’s collection which explore Aboriginal and Torres Strait Islander peoples’ relationship with their lands as well as colonisation’s continuing impact on issues of representation, social injustice and climate emergency. 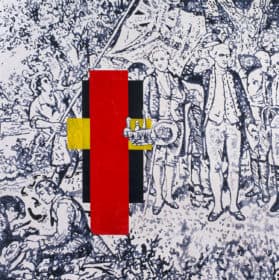 A Year in Art: Australia 1992 begins by examining how custodianship of the land and inheritance of culture is reflected in art practices today. In Untitled (Alhalkere) 1989, Emily Kame Kngwarreye expresses her cultural life as an Anmatyerre elder and her intricate relationship to country, while in The Leap/Watershed 2017 Dale Harding blows ochre onto a large canvas to reference both the life-giving attributes of the land and the 1867 massacre of Aboriginal people in Mackay, Queensland.

The exhibition also reflects on the continent’s long history, highlighting the richness of the world’s longest continuous living cultures which reach back at least 65,000 years. Gordon Bennett’s Possession Island (Abstraction) 1991 is presented in dialogue with Algernon Talmage’s romantic imaginings of colonialism in The Founding of Australia1788 1937, questioning how popular myths are replicated and reinforced in depictions of Australia’s colonisation.

These works are accompanied by a series of Bennett’s remarkable etchings showing the ongoing complexities of colonisation in contemporary life, and a video by Peter Kennedy and John Hughes which addresses the history of white management, capitalism and institutionalisation in regard to Aboriginal and Torres Strait Islander rights.

Tracey Moffatt’s photographic series Up in the Sky 1997, speaks to the forced separations of Aboriginal families by government agencies, known as the Stolen Generations.

Australia’s relationship with British colonial legacies is further explored through Helen Johnson’s use of satirical political cartoons in Seat of Power 2016, while Judy Watson incorporates official documents in a preponderance of aboriginal blood 2005 to highlight the history of systemic racism towards Aboriginal and Torres Strait Islander people. At the heart of the exhibition is Vernon Ah Kee’s poignant four-screen video installation tall man 2010, which shows powerful footage of the protests and riots following the death in custody of Mulrunji Doomadgee on Palm Island in 2004, highlighting a pattern of civil injustice.

Many of the featured works were jointly acquired by Tate and the Museum of Contemporary Art Australia through an innovative partnership established in 2015 via a gift from the Qantas Foundation. In the past year these joint acquisitions have included John Mawurndjul’s bark painting Buluwana, Female Ancestor 1989, created with a fine cross-hatching technique used by generations of Kuninjku artists, as well as a recording of Bonita Ely’s 1979 performance Jabiluka U02,which addresses environmental concerns about the extraction of natural resources in the context of native title. Her work focuses on the campaigning ignited by the Mirrar people, the traditional owners of Jabiluka, against plans to mine uranium in the Kimberley flood plain in the Northern Territory. Both of these works are now being shown for the first time in the UK, with Ely’s filmed performance also shown concurrently at the MCA in Sydney as part of a major new exhibition, Perspectives on place.