It’s going to look beautiful and the new songs are stuck in my head already! 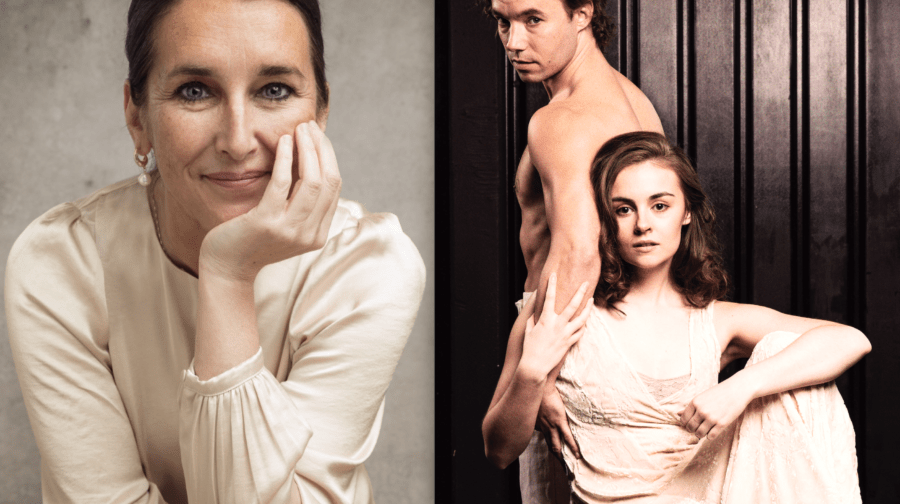 Sasha Regan, doyen of Waterloo’s Union Theatre, is once again directing a big musical production in the West End. This time it is the world premiere of Lady Chatterley’s Lover, writes Michael Holland…

I wanted to know how Sasha came to be involved with this new show. ‘I’ve known the executive producer, Tom Hopkins, for a long time,’ she told me. ‘He started his career at the Union Theatre in Pippin, a show I directed, but we’ve never been able to work together again since then. When I heard they were looking for a director for Lady Chatterley’s Lover it seemed like the perfect excuse to reunite.’

Sasha will also be working with Phil Wilmott: ‘I’ve worked with Phil as a producer and director but I’ve never worked with him as part of the creative team before. This time around I’m directing the words that he’s writing and it’s great because he respects me as a director. I get the script sent to me and I work it through with the actors in the rehearsal room. Phil then comes in and takes a look and trusts that I will do his script justice, so it’s lovely knowing the man behind the words.’

Due to Covid restrictions the casting process was different. ‘We had to do Zoom auditions to start with, and all of the actors had to self-tape… However, I loved Georgia Lennon as Lady Chatterley straightaway, and we then spent a lot of time trying to find a Mellors with the right chemistry with our Lady Chatterley; once we had those two it fell into place.’

The aloof and wonderfully sarcastic gamekeeper Mellors will be brought to life by Michael Pickering (Joseph and the Amazing Technicolour Dreamcoat, London Palladium; Starlight Express, Germany). The two leads will be joined by Zoe Rogers (42nd Street, Theatre Royal Drury Lane) as Hilda, Jake Halsey-Jones (Hamilton, Victoria Palace Theatre) as Tommy, Sam Kipling (All-Male Pirates of Penzance, Palace Theatre) as war hero Sir Clifford, and Emma Lindars (Groundhog Day, The Old Vic; Made in Dagenham, Adelphi Theatre) as Mrs Bolton, Clifford’s nurse. Now, with all the roles cast the team are well into the next phase.

Many theatre people will say the magic happens in the rehearsal room, and it seems no different with this show as Sasha claims, ‘Rehearsals are going really well, we are workshopping the script and songs as we go, so it’s a massive collaboration and it’s really enjoyable… The new songs are gorgeous; they are stuck in my head already!’

Moving out from under the Union Street arches to a bigger stage is something Sasha has done many times before, but to magnify a show for the West End must be a daunting task: ‘It’s really exciting and incredibly scary at the same time,’ begins the award-winning director. ‘But we’ve got a phenomenal set by Andrew Exeter, which shows the upstairs of Wragby Hall, the downstairs with the scullery for the servants and Mellors’ hut. It’s quite filmic, which is something I love, and it means the audience will be able to see other action going on, that’s not always involved in the main dialogue; your eyes can flit up and down between the two sets and enjoy the different moments and the different people in the story. It’s going to look beautiful.’

Ms Regan was keen to namecheck everyone involved with Lady Chatterley, and truly got excited about Jasmine Swan’s costumes and Chris Whittaker’s movement direction, but if Boris Johnson’s government get it wrong again and we never get to see the beauty come to life, as Sasha sees it in her own mind, what will happen? ‘The show will be filmed,’ she stresses, ‘which is one of the main developments that’s come out of theatres being closed during lockdown, and it will be streamed at a later date for those that aren’t able to come and watch the live performances.’

Sasha Regan has theatre coursing through her veins. Her whole life is a rehearsal for her next act, so it was no surprise when she finished with this statement before returning to the rehearsal room: ‘I want to encourage everyone to come back to the theatre and enjoy seeing and hearing our beautiful musicians and actors performing this score by John Robinson… We need people to feel confident to come back to the theatre and remember what it’s like to see a show evolve in front of them.’

Southwark NewsNewsFrom Waterloo to the West End With Love