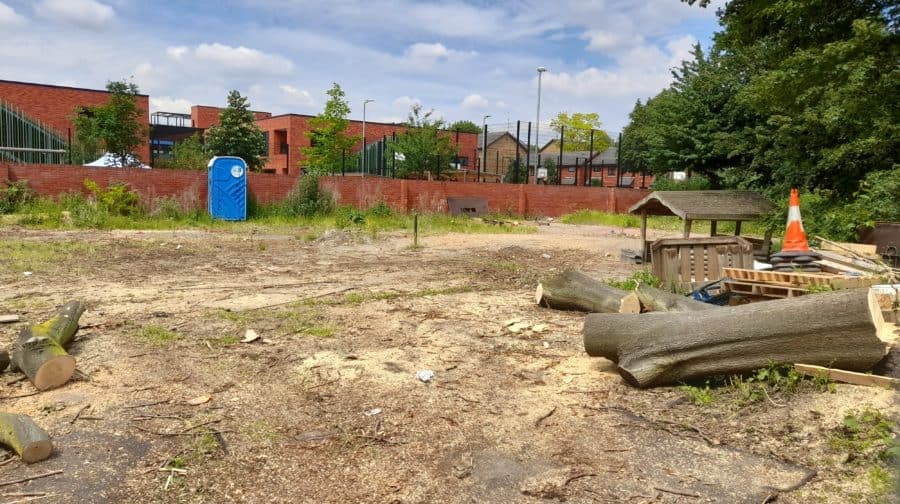 A Rotherhithe tree thought to have been planted in the time of beloved former Bermondsey mayor Ada Salter has allegedly been cut down to make way for a new housing block – despite being listed as protected from felling in the original planning application.

Local residents have also raised concerns that tree felling for the new block on the site of the Albion Primary School playground has been taking place in prime breeding season for nesting birds, possibly disrupting habitat and leading to the deaths of hatchlings.

Developer Guildmore is currently clearing the site to build a six-storey block containing 50 flats, half of which will be for social rent. Another twelve will be “affordable”, with the remaining thirteen to go for private sale. Work is due to finish in autumn 2022, according to Southwark Council’s website. 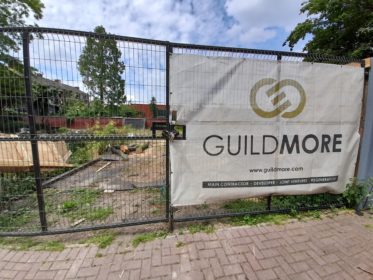 Among these trees was one of several trees of heaven on the site. The tree of heaven has a particular importance for Bermondsey and Rotherhithe. Ada Salter, who was mayor of Bermondsey in the early 20th century, launched a ‘beautification committee’ to clean up the area and make it a more pleasant place to live. That included planting more than 7,000 trees. The tree of heaven was reputedly her favourite, and there are numerous examples in the Bermondsey and Rotherhithe area.

But local resident Steve Cornish said he was shocked to see the Category A tree cut down last week, despite its protected status in the planning application.

The fifteen-metre tree, which according to the impact assessment was in a good condition and still had more than 40 years to live, was felled last Thursday, June 3. Mr Cornish said he asked the fellers why they had gone against the impact assessment to cut the tree down, and claims he was told that a new report had superseded the old one. This new document, Mr Cornish said he was told, allowed for the Category A tree of heaven to be felled. A new report would have to be approved by council planners, but there appears to be no record of it on the planning application.

Both Mr Cornish and Sarah Vaughan of local group Trees for Bermondsey said they had asked the developers Guildmore and the council for an explanation, but had so far been met with silence. 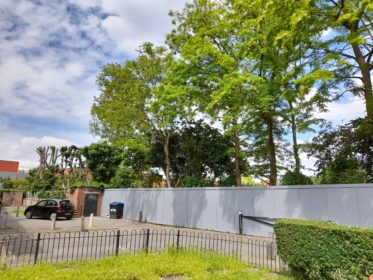 “The response hasn’t been great from everybody,” Ms Vaughan said. “It’s typical Bermondsey and Rotherhithe – we don’t have these ancient, veteran oak trees that are 500 years old that they have even in somewhere like Dulwich.

“We have a lot of trees that were planted perhaps not necessarily by Ada Salter but are certainly of that time – she was well known for planting the tree of heaven. That particular tree was a good specimen.”

At the same time both Ms Vaughan, Mr Cornish and other concerned locals had spoken out about the fact that the trees were being removed at all in June. The height of nesting season is generally from March-August. By law contractors are advised to avoid felling trees during this period. If this is not possible then they are supposed to check thoroughly that they are not disturbing birds before starting work.

Mr Cornish said that he could hear birds, so he strongly suspected they were nesting. He added that it was “the worst possible time” to carry out the work. Ms Vaughan added that “it’s very odd that they’re clearing such a large site during nesting season.”

Guildmore and Southwark Council have been contacted for comment.