Artist JR called the work "a beautiful moment of reopening" 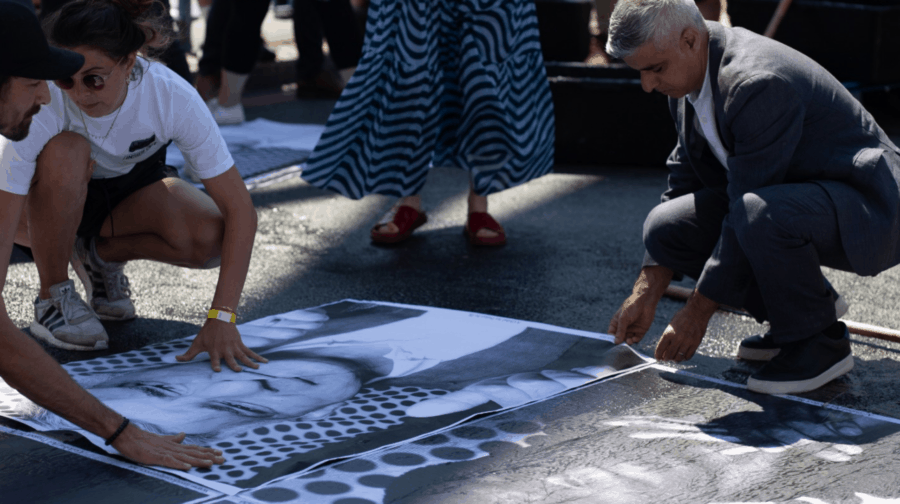 London Mayor Sadiq Khan helped unveil an enormous patchwork of images of ‘London’s community heroes’ on Tower Bridge this weekend – including a picture of his own face.

The display, launched on Sunday (June 13) was part of the wider celebrations for the start of Euro 2020. London is hosting eight games, including the semi-finals and the final. The first match in Wembley Stadium took place on Sunday, with England emerging as 1-0 victors over Croatia.

The artwork contains more than 3,000 images and is longer than two football pitches. 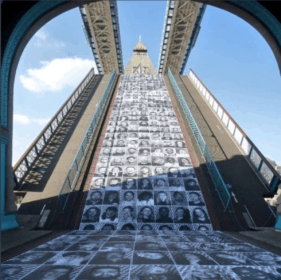 The exhibition, by artist JR, will move onto several other locations around London over the next month, including Granary Square by King’s Cross, Lewisham Town Hall, the Bernie Grant Arts Centre in Tottenham and the Royal Docks. People working or living close by to the locations will be invited in advance to have their photo taken as part of the project.

JR called the work “a beautiful moment of reopening” after the Covid-19 lockdowns. He added that the work “will allow any person in London to express a visual statement with their portrait.” 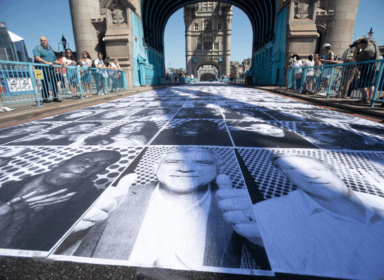 Mr Khan added: “Five locations across our capital will be transformed into spectacular open exhibition spaces in a celebration of our diversity and the incredible efforts of our community heroes over the last year. It will show the power of football to bring people together and will be another great reason for Londoners and visitors to safely enjoy our capital this summer.”

How vain and self obsessed can you get