Camberwell: nearly 150 new homes to get the go-ahead on Butterfly Walk shopping centre

36 are to be socially rented 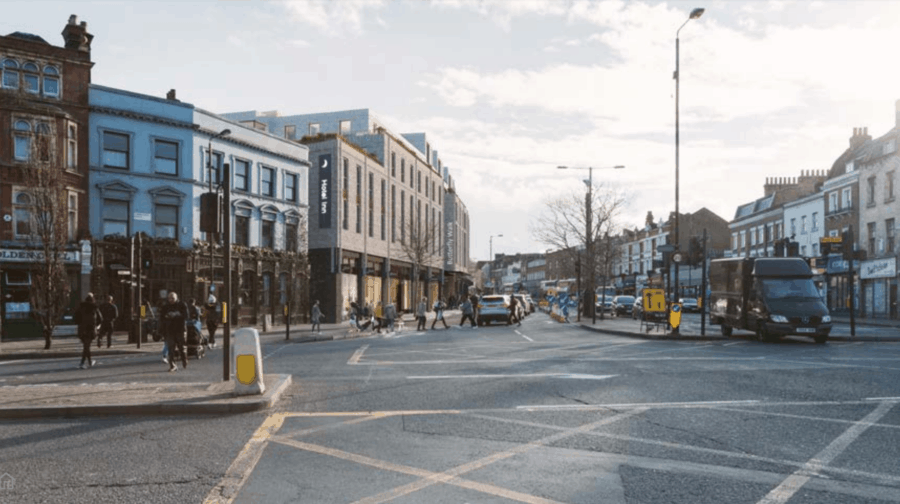 An impression of part of the new development

Planning permission is set to be given for 145 new homes in the centre of Camberwell, with 36 to be socially rented, on a site that includes the Butterfly Walk shopping centre and Morrison’s supermarket.

Council officers recommended that the development be given the go-ahead in a report ahead of the planning committee meeting next Monday, June 28, subject to approval from the mayor’s office and other conditions.

The scheme is made up of three blocks along Denmark Hill, Orpheus Street and Daneville Road.

Block A on Daneville Road and the corner of Wren Road would be residential.

Block B would include the Morrison’s and a two-screen cinema serving up to 160 people. The 35 per cent “affordable” housing, made up of homes for first-time buyers as well as the socially rented flats, would also be in Block B. 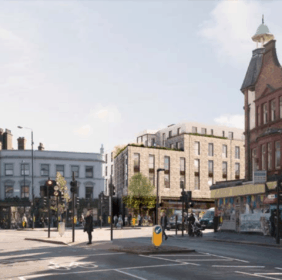 Block C would be made up of the shopping centre, which will be refurbished, partly demolished and partly extended. All traders have been given the right to rent units in the new shopping centre, developers Spot Property Company said. The developers added that most shops should be able to continue despite the building work, but if they are disrupted “concessions in the form of reduced rent or an alternative premise within the centre will be discussed”. This block would also include a 101-room hotel and flats.

Several local people have objected to the height of the scheme in the largely low-rise area. The corner of Daneville Road and Wren Road would be the highest point at eight storeys tall, or nearly 30 metres. Spot has reduced the height of some of the blocks in response to complaints from locals.

Councillors Jason Ochere, Radha Burgess and Ian Wingfield from the nearby St Giles Ward are among those who have raised concerns about the height of the scheme and the overshadowing it will create.

Planning officers note that “the proposal would result in substantial adverse daylight and sunlight impacts to a number of nearby residential windows” and advise the committee to take this into consideration when making their decision. 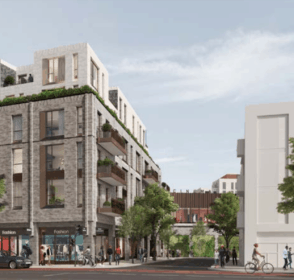 But they argue that the height of the new development would not be a major problem, despite being close to the Camberwell Green and Camberwell Grove conservation areas.

“Through the proposal’s logical and neighbourly layout, well-considered articulation, and the use of high quality architectural treatments, the overall height and massing would sit comfortably within the townscape,” the report said.

“While the proposal would be visible within some key views from the surrounding Conservation Areas, its presence would generally be of a distant and recessive quality such that it would cause less than substantial harm.”

It would be good for camberwell so long its for people on low income ,because it seem like all this new property are for people that got money and no one though about the people on low income and want to stay where they was born or make it there home ,southwark and the people that want this to go a head should think about it instead of the money ,they say there building social housing but where are they because the new one ain’t going to the people who needs them .