Blackfriars Bridge to be repainted in multimillion pound contract

'The appearance of the bridge has already been the source of comments from significant figures in the City,' a 2018 report said 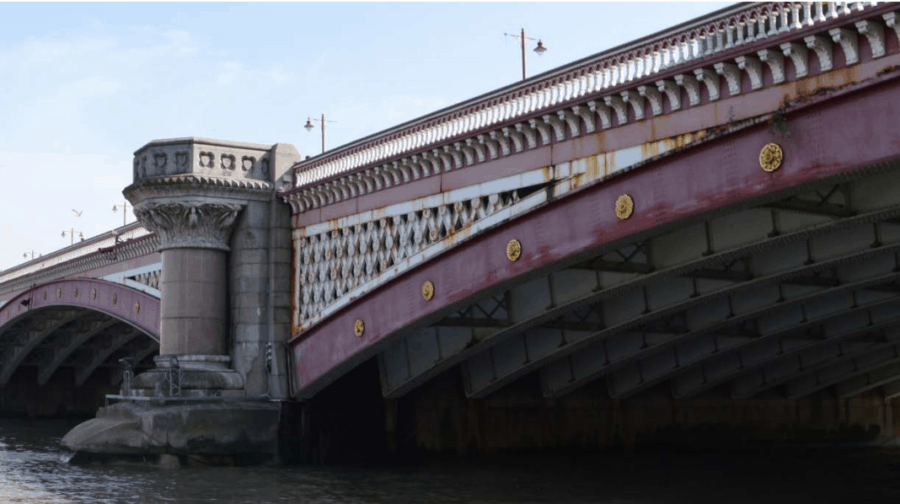 The rust is clearly visible on the bridge

Blackfriars Bridge is to be repainted and refurbished after starting to show signs of rusting and years of comments by City grandees.

Work on the steel and wrought iron bridge, which runs from Blackfriars Road on the south of the river to Victoria Embankment in the north, will start later this summer and run to 2024. It will remain open to traffic throughout.

The bridge, which was built in 1869, was last painted more than twenty years ago. The cast iron parapets at the sides are also showing signs of ageing and cracking and will be renovated as part of the multi-million pound project.

The state of the 285-metre bridge has been the subject of debate for some time. A 2018 report debating whether or not to carry out repairs said: “The appearance of the bridge has already been the source of comments from significant figures in the City.” 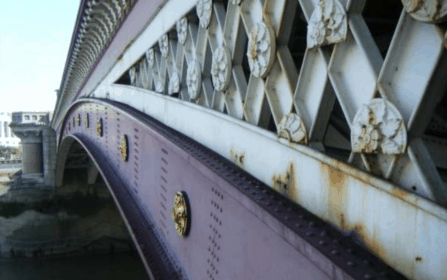 The Grade II listed bridge is owned by Bridge House Estates and managed by the City of London Corporation.

Giles Shilson, chairman of the City of London Corporation’s Bridge House Estates board, said: “Blackfriars Bridge was last painted in 2000 and is starting to show signs of wear, including some ageing parapets and rust staining.

“The repaint and refurbishment of this important bridge will greatly improve its aesthetics and will also protect the fabric of the structure to increase its longevity.”

The contractor is FM Conway, who said they would be using an “innovative cantilevered scaffold system” to make sure the load on the bridge is minimal and pedestrians have enough space to walk over. The company will also be working with scaffolding specialists Alltask and structural refurbishment contractor Taziker, with whom it collaborated on the Rochester bridge renovation in Kent, which finished in December last year.

The exact value of the contract is unknown but was estimated at around £8.5m in a tender put out by the City of London Corporation last year.

Southwark NewsNewsBlackfriars Bridge to be repainted in multimillion pound contract