This adaptation reflects directly on the state of play today 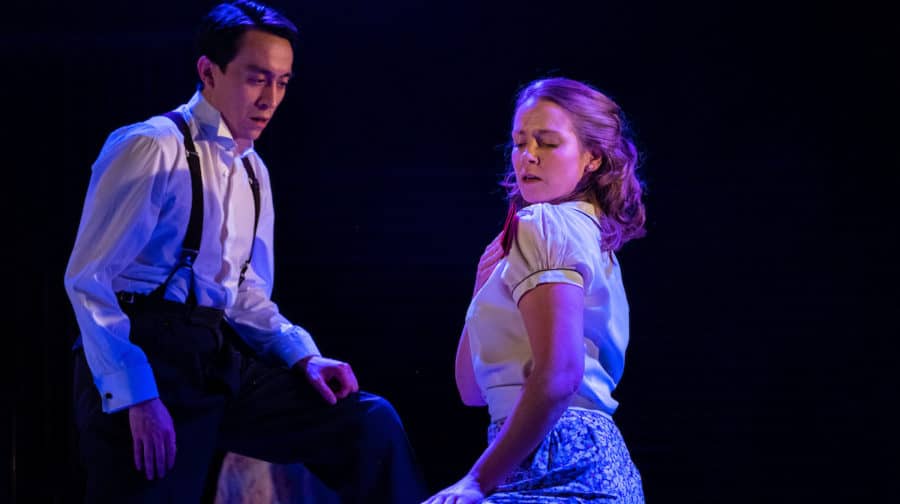 The government’s initial date for full covid restrictions being lifted on the 21st of June was the light at the end of a very long tunnel for the entertainment industry. A four-week extension to the restrictions put that to bed but, thankfully, Amy Ng’s adaptation of August Strindberg’s Miss Julie at the Southwark Playhouse has opened under current covid safe guidelines, writes Christopher Peacock…

The play relocated in time and place to 1940s Hong Kong adds an imperialist layer to Strindberg’s play about class and desires. This adaptation reflects directly on the state of play today, outbreaks of plague amongst the lower classes and the wearing of masks are the less subtle links to the past. The fear of communism coming to the island can be reflected in the current relationship between mainland China and Hong Kong.

The play’s three protagonists: Miss Julie, the daughter of the island’s British Governor; her maid Christine, whose auntie had also worked in service to the family, and John, the Governor’s chauffeur who is engaged to Christine. Class and racial divides underpin the connections between them, and the drama unfolds in the servants’ quarters as Miss Julie joins them on Chinese New Year. Like Greek tragedy and Shakespeare, events offstage mirror those being played out in front of us.

Sexual tension, power struggles and the class divide between Miss Julie and John are key to this play, but the staging in the thrust that would usually drive intimacy between audience and performer with the audience closer to the cast is marred by the distracting perspex dividers separating each ‘household bubble’ of spectators. Nevertheless, Sophie Robinson’s energetic turn as Miss Julie brings much needed life to the stage.  It is, however, Amy Ng’s adaptation bringing new relevance to this classic 19th century piece of Naturalism that stays with you.