And they do it with style and swagger 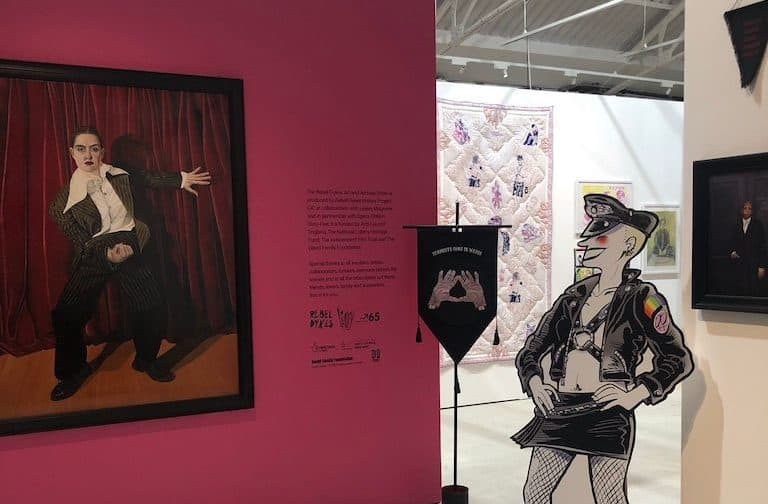 Space Station Sixty-Five is hosting The Rebel Dykes Art and Archive Show. Springing from the Rebel Dykes History Project and film, which premiered at this year’s Flare Film Festival at London BFI, the exhibition combines archive material with an array of work by more than forty multigenerational queer artists, including Sadie Lee, Anne Robinson, Kate Charlesworth and Tessa Boffin.

The Rebel Dykes Art and Archive Show is an important exhibition to be hosting at a time when government-led cultural cleansing is further trying to suppress resistant and marginalised histories. The show celebrates past and present dissident voices, those who stood boldly against homophobia, Clause 28 and a heteronormative, deeply divided and sexist society. And they did it with style and swagger. 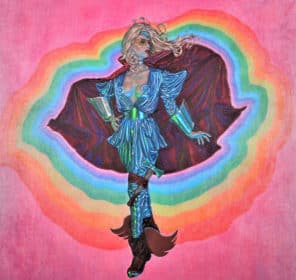 The curators Atalanta Kernick and Kat Hudson say-
“The Rebel Dykes originated in the 1980s as a group that merged outsider cultures to create fresh feminist explorations of art, sex and activism! Now, The Rebel Dykes Art & Archive Show brings this group of artists back together for the first time in almost 40 years and unites important underrepresented cultural histories with contemporary dyke culture; inviting a variety of younger artists to exhibit new works alongside the dykes who paved their way.
From coming together at Greenham and squatting in Brixton to throwing parties, starting bands and building family, the Rebel Dykes represent a converging of communities of outsider lesbians: punks, bikers, clubbers, musicians, squatters, protestors, kinksters and gender outlaws.”

“It is so exciting to be part of an exhibition exploring the intergenerational continuum of Dyke art! Growing up rurally I didn’t have any queer elders to look up to and it is deeply enriching and important to understand the art and community being created amongst my peers within a wider context of radical gays making radical art across time! Life would have been so much easier if I had seen this show as a teen.” – Bella Podpadec

The Rebel Dykes Art and Archive Show shines a spotlight on this underexposed LGBTQIA+ community based primarily in 1980s London, with connections to San Francisco, Greenham Common Women’s Peace Camp and major cities in Britain and Europe, particularly Amsterdam and Berlin.