New cycleway linking Deptford and Rotherhithe to be built this summer

The new section of Cycleway 4 will run from Evelyn Street in Deptford into Lower Road, as far as Croft Street 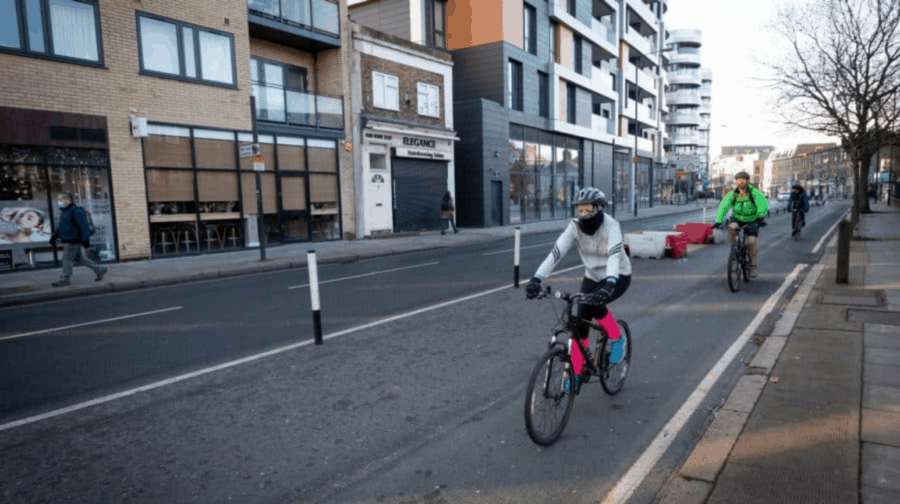 The cycleway in Greenwich

A new stretch of cycleway connecting Deptford with Rotherhithe is set to be built this summer, according to Transport for London (TfL).

The transport agency said that the latest section of cycleway four, which will eventually connect Tower Bridge with Greenwich in a continuous segregated route, will run from Evelyn Street in Deptford into Lower Road, as far as Croft Street.

In September 2020 TfL built a continuous section of segregated cycleway from Tower Bridge to the Rotherhithe roundabout along Jamaica Road, stretching more than a mile. At the south-eastern end of the route, work on the Creek Road section finished in May this year.

When the cycle lane on Evelyn Street finishes, the only remaining section of cycleway four to be built will be the stretch from Lower Road to the Rotherhithe roundabout. As part of this is a one-way system at the moment this is subject to a separate consultation, which is being run by Southwark Council.

Under this Rotherhithe Movement Plan put forward by Southwark Council, the short section of road outside Surrey Quays station would only be open to buses and cyclists, meaning motorists would have to turn right into Redriff Road. Only cyclists would be able to turn right into Lower Road from Redriff Road and Plough Way under this plan. No motorists would be able to turn into Lower Road from Clifton Grove or Croft Street either.