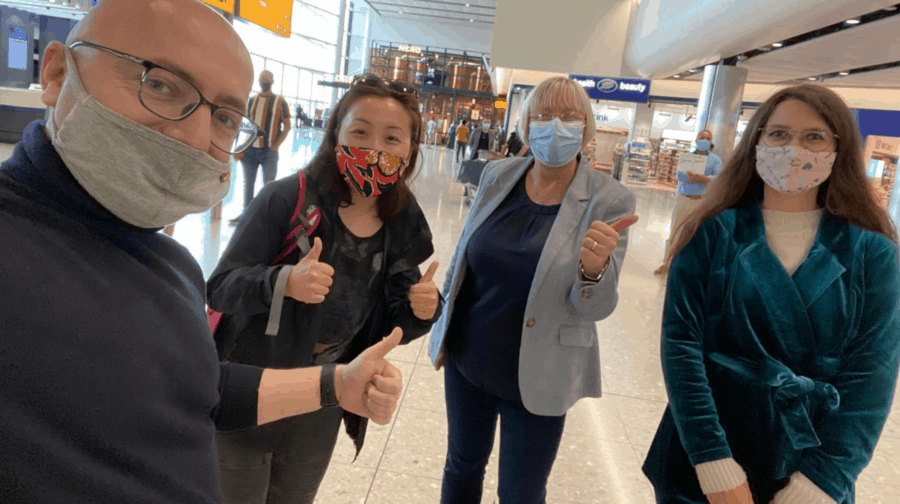 A Syrian family has been rehoused in Bermondsey after escaping their war-torn home country.

The family of four came over to London with the support of local group Bermondsey Welcomes Refugees through the British government’s community sponsorship scheme.

Project coordinator Alaa Khattab, himself a Syrian civil engineer, told the News: “They’re settling well… The thing is, they’re coming from the Syrian conflict, you can imagine the amount of suffering they have had.

“They were refugees to another country first. It’s been very tough for them.”

Mr Khattab said that Bermondsey Welcomes Refugees is trying to protect the family’s identity so does not want to release much information about them personally. “Even some of the other group members don’t have a lot of knowledge about them,” he said.

Bermondsey Welcomes Refugees has also undertaken to help the family settle in during their first year in the UK and build a new life in the country. That includes registering the two children for school, and even helping with basic tasks like shopping. The family only speak basic English at the moment. The group has several Arabic speakers to help them settle in and the family are already taking online English classes.

Things were made more difficult by Covid-19, group project lead Tracy Hart added. One of the biggest challenges was finding a place for the family to stay. Bermondsey Welcomes Refugees has raised about £10,000 – enough to help them settle in at the start.

“Covid made it more difficult to find a landlord,” she said. “We were calling letting agents but couldn’t get viewings, and the proper support we could have got in normal times.

“We put a tweet out and a landlord got back to us to say a property was available. London rental is a fast market anyway, so when you can’t get an exact date for when the family are arriving, that’s a challenge.”

Between 500,000 and 600,000 people have died in the Syrian civil war, which has lasted for more than ten years. More than six million people have been forced to flee their homes. Many of these refugees have made perilous journeys to Europe in search of peace and stability.

The British government set up the community sponsorship scheme in 2016 in response to the refugee crisis. The scheme encourages local groups to sponsor refugees to move to the UK safely and legally. Bermondsey Welcomes Refugees launched in 2019 with the aim of bringing a family over.

Now that the group have successfully brought one family to London, they could try to bring another, Ms Hart said.

“It’s on our agenda,” she added. “We have to get this family settled in. It’s quite a big time commitment…. It will be a collective decision.”