Harry Kane: How England’s captain showed his steely strength even as a teenager at Millwall 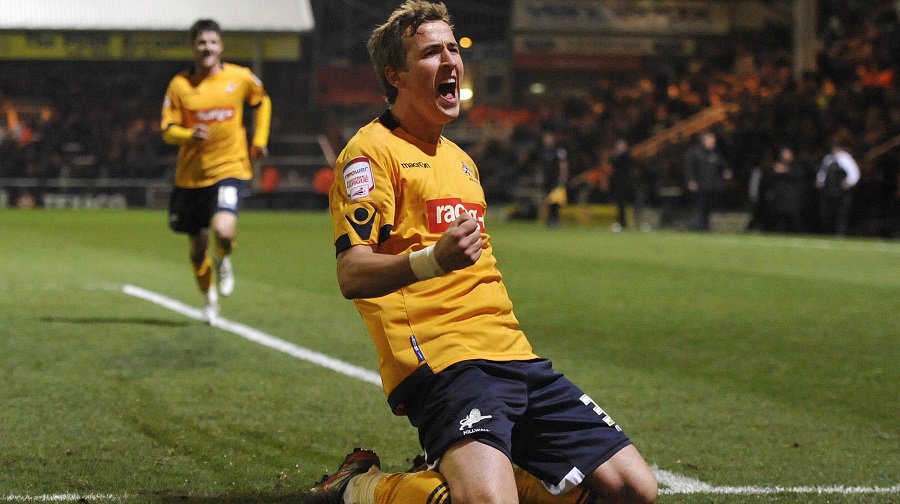 Harry Kane will lead England out today at Wembley in the final of Euro 2020 as the England captain – but nine years ago he arrived at Millwall as a slip of a lad and many wondered how his light frame would stand up to the physicality of the Championship, writes John Kelly.

He was polite, almost shy, and you never thought this was a kid that would have the mentality to deal with the demands of Lions fans and the pressure that comes with playing at The Den.

But that was to underestimate him. Going back to that day more than six years ago, Kane was just eighteen years old when Kenny Jackett introduced him on loan from Tottenham.

And Kane could hardly have had a more difficult start in south Bermondsey. In his first three games he was taken off as Millwall failed the score in each one, the third a 6-0 thrashing by Birmingham at The Den. Most match reports don’t even mention Kane’s name.

These were not promising times for the club and it seemed to be asking a bit much of such a young player to spearhead a revival.

There was also the danger that he could be seen as a Big Time Charlie, given his Tottenham roots, by Millwall fans brought up on the likes of Terry Hurlock and Keith Stevens taking Big Time Charlies down a peg or two.

That fearsome pair backboned the Millwall side that shook up and shocked English football by winning promotion to the top flight for the first time in 1988. The striker had a tough start at Millwall.

Sheringham was Kane’s favourite player growing up. “I met him once at a golf charity day and got talking about Millwall because he played for them as well,” Kane said. “It was great to meet him. I was a little bit star-struck, to be honest. When you meet your idol you don’t really know what to say but he had great conversation.”

Despite that tough start it wasn’t long before the youngster was showing what he was capable of, and reminding Millwall fans of their former idol.

In just his fourth game for the Lions, Kane scored twice in a third-round FA Cup replay win over Dagenham & Redbridge. The way he took the first is now one of his trademark finishes, that drilled, accurate shot into the bottom corner that results from hours and hours of practice on the training pitch.

Kane also showed the ability to pick the right option, demonstrating a maturity beyond his years to give the ball to a better-placed team-mate rather than trying to show off with a trick or a flick. And his Lions team-mates noticed that selflessness.

League goals took a little longer to flow regularly, but when they did they tended to come at crucial times.

Millwall were nineteenth in the Championship and in danger of going down when they headed to Burnley on February 25, 2012. Kane scored in a 3-1 win and got six more in the next thirteen games to ensure the Lions avoided the drop. There was hope the Lions’ young player of the year in 2011-12 would return. At that point he had played just six times for Tottenham, all in the Europa League. “I’ll assess my position next season,” he told the News at the time. “I’ll go back to Spurs and take it from there. Millwall is a great club with great fans.”

Unfortunately, it didn’t happen. Kane wanted to test himself in new environments and went to Norwich and then Leicester.

It’s difficult to imagine when you see the superstar that he is now that it was another two-and-a-half years before he finally established himself in the first team at Tottenham.

He didn’t forget the time at Millwall that helped form his character.

“It was big part of my development,” Kane said before facing his former club in the quarter-finals of the FA Cup in 2017. “I had a great time at Millwall, I enjoyed my loan spell there. I was eighteen at the time, playing in the Championship, we were in a relegation battle and it really turned me into a man.

“I was playing in difficult, high-pressure games and I managed to come out of it positively.”

Kane has since become arguably England’s best player and the deadliest striker in the Premier League. He won the Golden Boot as he led England to the semi-finals of the 2018 World Cup  in Russia and aims to go one further this evening at Wembley. Typically he has taken all the praise and accolades that continue to come his way in his elegant stride.

He embodies Gareth Southgate’s England and they are values that Millwall fans recognise and relate to: hardworking, modest, respectful, but with a burning desire to win.

Fans often find it difficult to put club loyalties aside and root for the national team, and that was probably particularly the case in the last decade when the Manchester United, Arsenal, Liverpool and Chelsea cliques made the England side difficult to warm to.

Rightly or wrongly it is probably as much remembered as the WAG era as anything else, and a time when the cult of personality and the culture of celebrity – Beckham and Sven and the Baden-Baden photo opportunities in 2006 spring to mind – overshadowed the team ideal. The English public have got behind their captain and his team-mates.

The nation’s hopes rest on Kane’s and his team-mates’ shoulders when England play Italy tonight.

But when you’ve faced 10,000 Millwall fans after a 6-0 home defeat, before eventually winning them over, you can face almost anything. Kane has shown his strength of character again by overcoming criticism from the first two games of the tournament, when he looked tired and sluggish, to score four times – including the winner in the semi-final against Denmark.

Millwall fans knew all about that resolve before most, and the humility that accompanies his achievements.

England have already put the smiles back on people’s faces and got the nation believing that, finally, perhaps, it’s coming home.

Southwark NewsNewsHarry Kane: How England’s captain showed his steely strength even as a teenager at Millwall