Theatrical entertainment for the entire family 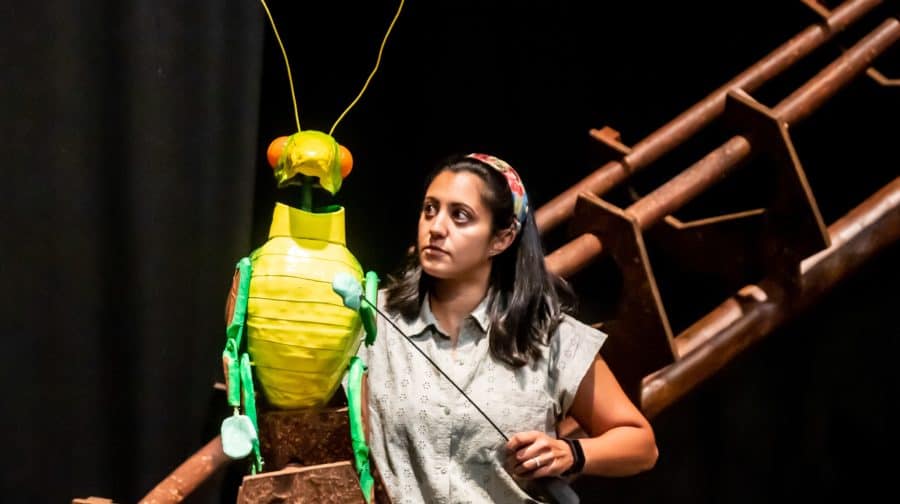 Creating theatrical entertainment for the entire family, Greenwich Theatre is showcasing two spectacular productions in rep this summer. The rescheduled adaptation of Joan Aiken’s acclaimed novel The Wolves of Willoughby Chase will run alongside a brand-new retelling of family-favourite Pinocchio. Both directed by Greenwich Theatre’s Artistic Director James Haddrell, the productions will combine captivating music and magical storytelling for some much-needed escapism.

The Wolves of Willoughby Chase tells the story of two brave and determined girls as they encounter unforgettable characters, take on ferocious wolves, and battle through snowy wastelands. Bonnie, Sylvia, and their friend Simon the Goose-boy soon realise that the wolves roaming the forests outside may not be as dangerous as the wolfish adults plotting inside.

Carlo Collodi’s iconic tale of a talking puppet, Pinocchio, has been adapted specifically for Greenwich Theatre by Anthony Clark. Packed with puppetry, a wood-influenced score, and a sense of adventure, the production is a beautiful reimagining of the original material. Join Pinocchio, a talking cricket, and a whole host of characters, as they discover the impact of their actions and lies.

James Haddrell, Artistic Director and Director comments, “I am delighted to be working with writers Tony Clark and Russ Tunney to launch this ambitious new venture for Greenwich Theatre, a summer repertory season which this year features Tunney’s adaptation of The Wolves of Willoughby Chase and Clark’s version of Pinocchio. Family theatre has always been incredibly important to us at Greenwich Theatre. From the launch of the Greenwich Children’s Theatre Festival in 2008 to the year-on-year growth of our Offie award-winning pantomime, audiences have come to expect exciting, innovative family shows in Greenwich every season, so this new signature moment in the year is set to become a must-see moment in the capital’s cultural calendar.”