Group member Gerald Hussein said he takes part because 'rather than rage about it, I can do something'

Members of a popular Bermondsey litter-picking group have called for more education about littering in schools after collecting piles of rubbish from the streets several times a week.

The group, who call themselves the Litterati, go out in small groups around the area to pick up litter left on the pavement. Outings are organised informally on the Nextdoor neighbourhood app.

Roger Mallet, one of the group’s founders, said: “It’s an issue that relates to general society and social wellbeing. We generally feel that it’s society to blame rather than anything else. I think the council do enough, and it’s a fantastic job that they do.

“It’s frustrating though when we tidy something up and you come back later and find the same place covered in rubbish.

“You wouldn’t go sit in the park, and have a picnic if it was full of rubbish and litter. So why leave it like that? The mentality of that is strange to me. You walk through Burgess Park after a nice weekend and it’s disgusting. The psychology of that is something that needs to be looked at.” 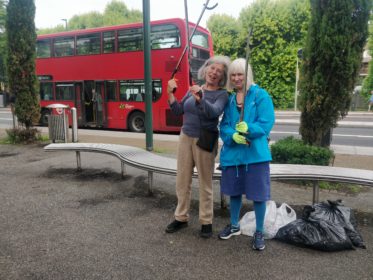 “I think it’s something that can be tackled in the area of education. We need people to be told about this in schools.”

Southwark Council runs a ‘recycling discovery centre’ where any school in the borough can take children to learn about how to manage rubbish responsibly.

Mr Mallet said the Litterati have received a positive response from locals who see them out doing their work. Some people passing by have given them bottles of beer. The council has also donated five litter-picking sticks to the group. 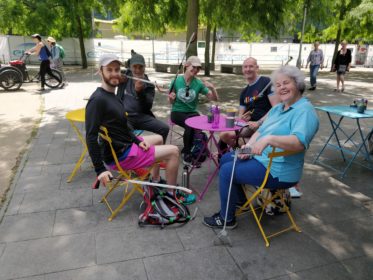 Another group member Gerald Hussein said he takes part because “rather than rage about it, I can do something.”

“It’s very satisfying – there’s something hunter-gatherer about it. And the outcome is clean streets, temporarily at least.

“Street cleaners generally seem to be quite happy that some people are taking care and attention, and are quite helpful generally. Maybe perked up their work a little bit.”

Mr Hussein said some of the areas around Millwall stadium the Den can be the worst for littering, in his experience. 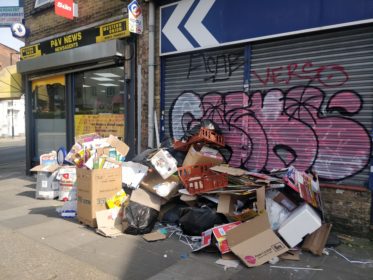 “I couldn’t believe how much litter there was – so much sh*t about. I’m dreading to go back there, thinking about how much work there is! It’s often particular pockets where it accumulates, and the more it accumulates there’s less conscientiousness I think.

“On the other hand, the cleaner the place is, the longer the rubbish takes to accumulate. I would say the majority of people are a little bit lazy but not too bad – if something looks clean and tidy they won’t just throw their rubbish down.”

Mr Hussein added that he thinks there is an important societal function for keeping streets clean, more broader than just public hygiene. 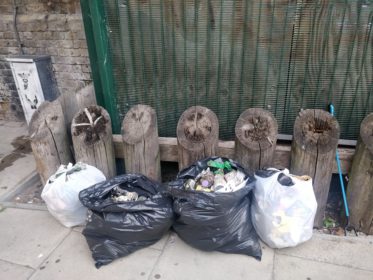 “The more people use the streets, the safer they become, the less you get the petty crime, the littering. People should claim back the streets.

“What tends to happen is there will be a problem or some crime and so people will feel they are less safe. Then they leave the streets to the five per cent of people that cause trouble. They retreat and get angry and shake their sticks from the window. But that’s when the real issues start. If a place gets a problem you need to get people out there straight away.”