'Selfish isn’t the word, when that’s the only means that people can get about,” her daughter said. 'It’s not fair. My mum’s nearly 90. How could they do that to people?' 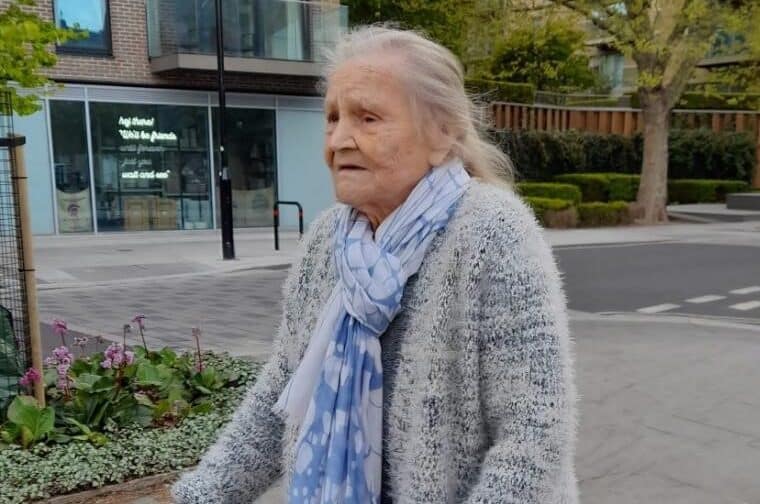 A woman in her late 80s had her disabled driving badge stolen last week in Walworth.

Kathleen O’Keeffe, 89, who lives with her daughter June in Chatham Street, was going out to do some shopping when they noticed June’s car window had been smashed. On closer inspection the only thing the thieves had taken was Kathleen’s blue badge.

Kathleen has painful legs and struggles to walk far, even using her walking frame. Without the blue badge that allows June to park in convenient disabled spaces, Kathleen struggles to go anywhere.

To make things worse, June said, the theft comes at a time when her mother was starting to go out to the shops and to restaurants for the first time in more than a year, after the Covid-19 pandemic kept her largely housebound.

“Selfish isn’t the word, when that’s the only means that people can get about,” June said. “It’s not fair. My mum’s nearly 90. How could they do that to people?

“We’ve obviously been out a lot less since the incident, even with all this hot weather, because we can’t really drive anywhere.”

June said that her mother was “very upset” by the incident but added that “worse things happen at sea.”

A spokesperson for the Met Police said: “On Monday 19 July police received a report of a disabled drivers badge being stolen from a car outside an address in SE17.

“It is believed the car was broken into on Sunday 11 July or Monday 12 July.

“Enquiries were carried out, but ultimately there were no viable lines of investigation for officers to pursue – ie. no suspect, witnesses or CCTV – and as such the matter has been closed.

“Should any further information come to light it will of course be investigated.”

About 2,400 people were given blue badges in Southwark across 2019/2020. Aside from allowing people to park in disabled spaces, the badges mean you are entitled to a full discount on the congestion charge for driving in central London, and the ultra low emission zone charge up to 2025. This would save the person who had the badge thousands of pounds a year.

Thefts of blue badges have been on the rise in recent years. A spokesperson for the Local Government Association, which represents councils, said in a 2018 statement: “Illegally using a Blue Badge is not a victimless crime. For disabled people, blue badges are a vital lifeline that helps them get out and about to visit shops or family and friends. Callous thieves and unscrupulous fraudsters using them illegally are robbing disabled people of this independence.”