‘Everyone had a good day’: Bermondsey Carnival comes back in style after Covid

Next year the Carnival should be back to its normal size, organiser Russell Dryden said 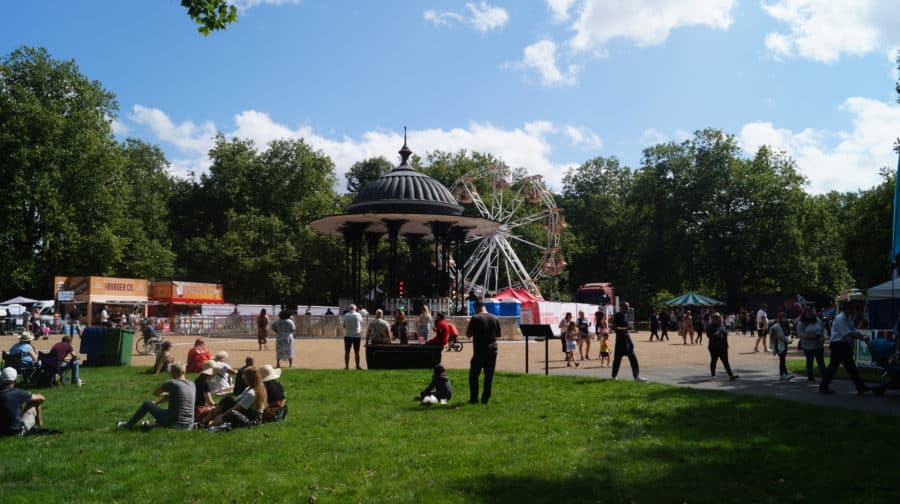 Some 4,500 people came to the Bermondsey Carnival last Saturday (August 14) in Southwark Park, according to one of the organisers.

Russell Dryden, who worked on the Carnival this year as part of Blue Bermondsey Business Improvement District (BID) alongside Phil Burkett, said it was “a lovely turnout, with lots of community groups there too. It was a good day for families as well. Everyone had a good day.”

This year was a ‘bitesize’ version of the venerable Southwark Park festival, which dates back to 1900, due to uncertainty around the lifting of Covid-19 restrictions.

But 2022 should see the Bermondsey Carnival return to its former glory, Russell said.

“Obviously we’ll sit down with the council,” he said on Monday. “We’ll see how it goes, but we think it’s an exciting partnership – businesses, the local community, the council, and also stakeholders like local developers getting involved.” Grosvenor, who are developing the Biscuit Factory, sponsored the musical programme this year.

Carnival-goers were treated to music from reggae band Indika, led by local man Phillip Poleon, as well as rock covers band Redriffe and the Unity Music Arts Team, led by singer Stephen Pierre. Attendees could also try out funfair rides, including a ferris wheel, various slides and a bungee trampoline for children.

Southwark NewsNews‘Everyone had a good day’: Bermondsey Carnival comes back in style after Covid