Bermondsey Street traffic filter: the verdict from businesses and residents ten months on

With the council due to release data on traffic changes and still consulting, the News asked locals for their views on the scheme 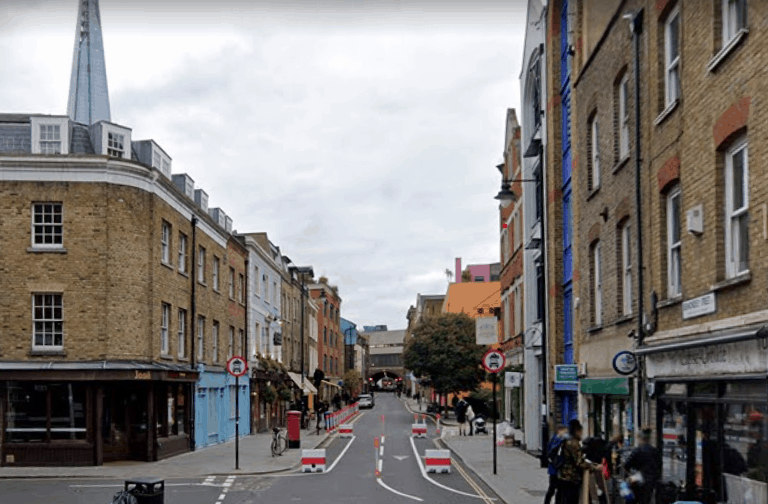 Walk down Bermondsey Street on any dry evening this summer and you immediately sense a communal atmosphere. People walk on the road, others sit at restaurant tables on the pavement and nearby parks are often full with groups eating, drinking and enjoying themselves.

This atmosphere has resulted, at least in part, from Southwark Council’s recent changes to the street: by temporarily closing a small stretch between Morocco Street and White’s Grounds to motorised traffic, alongside other changes, the council aimed to make the ancient thoroughfare a “quieter, calmer, less congested and polluted place for residents, businesses, pedestrians and cyclists”.

Officers cited road closures in Seven Dials and outside the British Museum as success stories that “helped to reduce traffic, improve the environment and businesses”.

As well as the road closure, a bike lane was created going against the flow of traffic from Crucifix Lane in the north down to White’s Grounds, pavements were widened to help with social distancing, meaning waiting and loading restrictions were introduced and vehicles longer than ten metres were forbidden from entering the street. Parking spaces were also moved.

To keep some or all of the changes for longer than eighteen months, Southwark has to carry out a full consultation with businesses and residents affected, and a report on how traffic levels have changed is due to be released this month.

The council’s consultation is still ongoing, but the News spoke with local business owners and residents to get a sense of how the closure has affected them and how they would feel about making it permanent.

Sarah Wyndham Lewis and her husband Dale have run Bermondsey Street Bees, a wholesale and retail honey producer on the street, for sixteen years. They are calling for the October changes to be reversed. 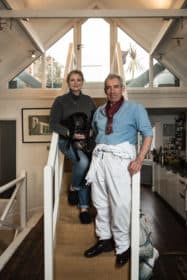 “We’ve been here a long time, hopefully contributing to this community,” she said. “We’re one of the independent businesses that has founded this street’s independent fortunes. You could say we’ve helped make Bermondsey Street into this lovely destination that we have become.”

Bermondsey Street Bees is in the middle of the closed section, which makes it difficult for the business to take or dispatch deliveries – which can often involve live bees.

“We do as much as we can by bike or public transport, but when you’re shifting live bees and tons of weight you need a vehicle,” Sarah said. “I understand that we are in a climate crisis but until such time as there is a massive change in society, there is this middle point where you do need to have deliveries and things picked up.

“My husband, who’s 64, and my assistant beekeeper have to trolley huge weights up and down the street. It’s not good for health and safety,” she added. Sarah said that they would be looking to move away from Bermondsey Street if the closure remains in place.

The council pointed out that the northern section of Bermondsey Street is still accessible via White’s Grounds for any deliveries to the businesses.

Dame Zandra Rhodes, the renowned designer who founded the Fashion and Textile Museum on Bermondsey Street and has lived on the street since 1995, called the closure “rather stupid and terribly inconvenient” and said she sympathised with the plight of nearby businesses like Bermondsey Street Bees.

“Although it helps the businesses that are doing street meals, it seriously affects other businesses,” she said. 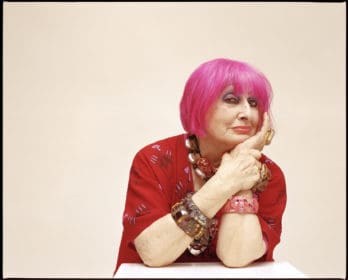 She wrote a letter to the council earlier this month calling for the closure to be reversed and adding that she was “appalled” by the way business owners and residents had been treated.

And while the new communal atmosphere may be fun for people who are visiting the street, some who live in the immediate area are less pleased with the behaviour they have to put up with.

Chris Hall runs the Giddy Grocer, an independent food shop just to the north of the closed section and also lives on the street. She said the deliveries had not been such a problem but that the party atmosphere on the street was leading to regular anti-social behaviour.

“There’s a different vibe in the street that none of us signed up to. Things evolve and that’s fair enough and it’s great to have a vibrant street. But unfortunately it’s vibrant in the wrong way. I’m not saying that in a ‘middle class way’. There’s been a big effect on the parks. They seem to be places now where you go and get drunk.

“People go and pee in the bushes, there’s vomit on the paths – God knows what else. There have even been moments where people who are rather worse for wear stumble in trying to use our loo.

“I’m actually not that happy to live here any more, which I never thought I’d say.”

As might be expected, hospitality businesses on the street were more positive about the changes. “Without the cars it’s a completely different experience for people on the street,” said a restaurant manager who declined to be named. “It’s easier, you can see people outside enjoying themselves.” The manager added that they thought it would be better if more of the road was closed to motorised traffic.

Perhaps the key factor in whether or not the closure becomes permanent is its effect on traffic and air pollution in the area. 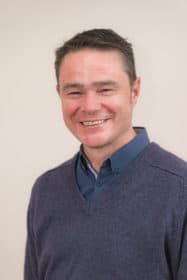 Cllr Damian O’Brien, a Lib Dem councillor for the London Bridge and West Bermondsey ward, said he was sympathetic with local businesses who have had a hard time as a result of the closure, but said that “change always hurts”.

“At the same time I have had feedback from other people who live on the street who think the whole thing is absolutely brilliant,” he added.

But he stressed that any decision should be based on the traffic data that comes out of the closure.

“My position is that I am extremely sympathetic to the trials and tribulations of local businesses and residents,” he said. “At the same time I’m very pro any improvements in air quality and active travel.”

Damian said he suspected the changes might be scrapped after the consultation. He also pointed out that while traffic numbers and air pollution are very likely to be down on Bermondsey Street, there is likely to be an increase on nearby Tanner Street – the right turn just before the traffic filter.

“The decision has to be data-driven – and we haven’t seen that data yet. Southwark Council are going to have to come up with the numbers – they can’t push this through without having some strong data behind it.”

A spokesperson for Southwark Council said it sent a letter to all businesses in the area when the consultation began in July 2021, inviting them to attend an online drop-in session to discuss the scheme. There is also on-street publicity along the street and officers sent emails to key stakeholders with details of the scheme, the spokesperson added.

Regarding the complaints of anti-social behaviour, the spokesperson said officers communicate regularly with the emergency services.

The news comes after Southwark’s Lib Dem councillors called on the council to reconsider plans to reopen Rye Lane in Peckham to motorised traffic after more than a year.

The council plans to allow buses and timed deliveries to access the street, where restrictions have been in place since July 2020. The Lib Dems ‘called in’ the decision – which means they argued that it was unconstitutional. Southwark’s opposition have heard from campaigners that the council did not hold enough consultation before making its decision.

These outrageous road closure policies, carried out with zero consultation and justified with spurious arguments around pollution levels and the need to encourage walking and cycling are reminiscent of those given by the Soviet and Nazi parties for imposing whatever restrictions their zealots dreamt up. ‘It’s for the greater good’! ‘All change hurts’! Who do these maniacs think they are! It’s just more evidence of the increasing lack of liberty and choice being imposed on us all by a fevered minority. A curse on them all!

What about if your in a wheelchair or cannot walk for long distances these closures discriminate against those people!