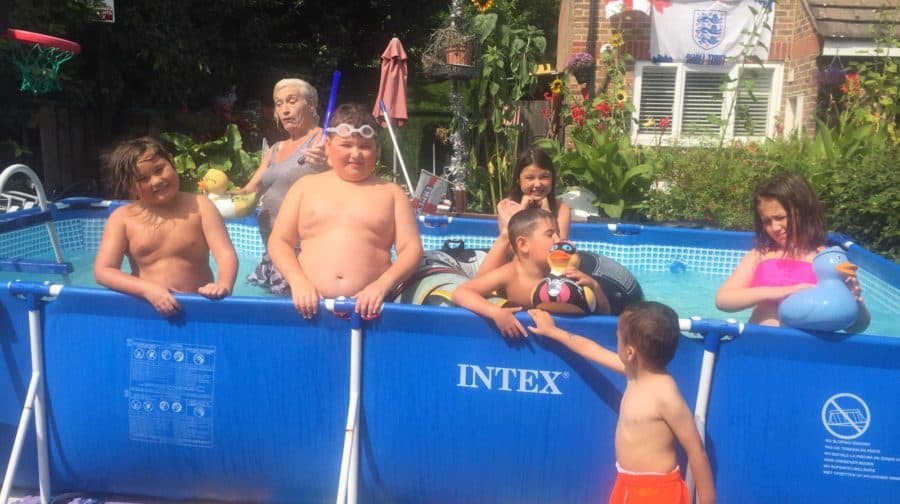 Local people playing in the pool

A Rotherhithe woman has complained after being told to take down a paddling pool she put up for the local community in lockdown.

Chrissie Boswell, who lives in Ann Moss Way, put up the paddling pool in an unused parking space for people on her street to enjoy, once restrictions allowed. Children have played with adult supervision – which Chrissie said has been vital in a time when more people have been feeling more than usually socially isolated.

Chrissie and her neighbour fill, clean and filter the pool themselves and said they make sure everyone is out by 7.30pm. The neighbour’s son, who is autistic, has benefited from being able to socialise in a controlled environment, she said.

Chrissie added that the parking space she put the pool in has not been used regularly for years, and there are other unused spaces nearby. She said she has not received any complaints from neighbours about the pool. 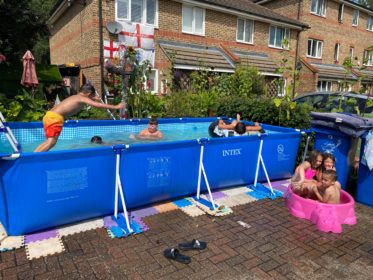 Housing association Optivo sent Chrissie a letter earlier this week ordering her to take down the pool “immediately”. The letter said that “parking areas are considered a communal area and should only be used to park vehicles.” When contacted by the News, the housing association said having the pool in an area designed for use by cars was a health and safety risk.

Chrissie told Optivo of the communal benefits of the pool and added that she plans to take it down at the end of the summer.

She said she has launched a petition to keep the pool and more than 100 people have signed.

“It’s really not been bothering anybody – the car parking space has not been used for over twenty years,” she told the News. “All the younger and older residents have enjoyed use of the pool as well. It’s a real thing for the community and it would be such a shame to have to take it down.”

A spokesperson for Optivo said: “We fully support our communities and enjoy seeing events that bring our residents together. It’s important to us that these are carried out in an environment that’s appropriate and safe for everyone.”

“We were made aware of a home swimming pool erected in communal car parking spaces in Ann Moss Way, after members of the local community expressed concern.”

“Due to health and safety reasons, it’s not appropriate to have children playing in an area designated for traffic use. We’re not able to permit the use of the swimming pool and have therefore been in touch with the resident to ask for its removal.”

“We appreciate some residents were using the pool to spend time and come together as a community. In the spirit of this, our Resident Involvement team will be in touch with those involved to discuss any help we can offer in organising events to be enjoyed in a safe and local venue.”

I really like this idea and it is to be applauded.

Appreciate that there may be some health and safety issues but ultimately the benefits outweigh the risks.

There is nowhere for kids to swim in Southwark without having to pay. I talk from experience and have to take my kids to Woolwich just to have a swim. And it costs a fortune.

Seven Islands leisure centre is a joke with it’s lack of slots for Families to swim and how they’ve monetised the sessions for more profit by only putting on adult sessions.

Just goes to show that if the council can’t provide the people will find a way.

Well done to all involved with the swimming pool and I hope you do manage to keep it going throughout the summer.