Dame Cressida's contract has been extended until April 2024 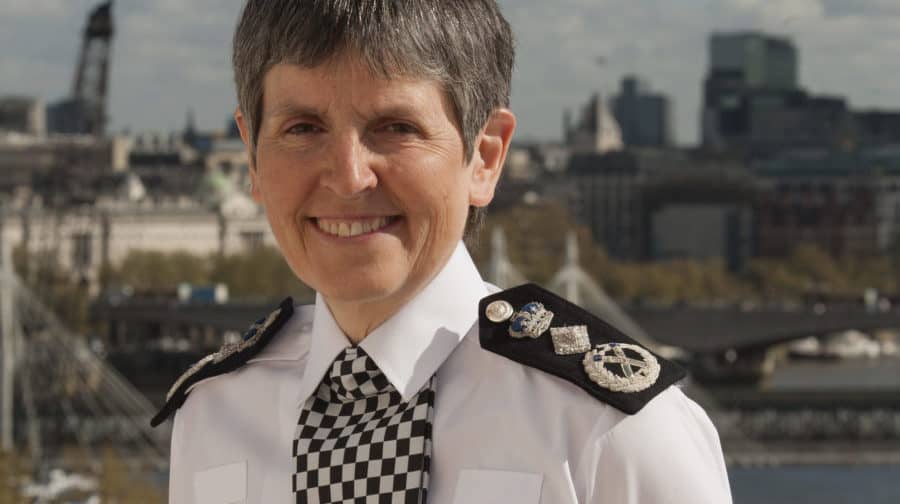 The head of the Metropolitan Police has been kept on in her job for another eighteen months, despite criticism over a series of scandals that have taken place under her command.

Met Police commissioner Dame Cressida Dick’s contract was extended on Friday (September 10) with an announcement by Home Secretary Priti Patel until April 2024. The extension was officially granted by the Queen and supported by mayor Sadiq Khan.

Dame Cressida’s tenure began in 2017, and has been dogged by criticism. Just this year a panel into the killing of private investigator Daniel Morgan in 1987 called the police “institutionally corrupt” and called for the commissioner to stand down.

Police were also criticised after breaking up a Clapham vigil in March this year for Sarah Everard, who was murdered by an officer in the Met. Lib Dem leader Ed Davey called for Dame Cressida to stand down. Prime Minister Boris Johnson and Labour leader Sir Keir Starmer also expressed concern over footage that emerged from the vigil.

Opinion: One week on from Sarah Everard’s vigil – why we should all be worried by the fallout

Other scandals include the handling of recommendations made by the inquiry into Operation Midland, the botched child abuse investigation that took place before she became commissioner.

Nevertheless Dame Cressida, who is the first female commissioner of the Met, is thought to have kept the support of Home Secretary Patel.

Reacting to her contract extension, she said: “I am immensely honoured and humbled to have been asked to extend my time as Commissioner for a further two years. I am proud to continue to serve my city.

“In the last four and a half years Met teams have dealt with some extraordinary challenges, including most recently in the pandemic, and delivered some fantastic results – critically in reducing violent crimes. In addition, we have grown and modernised.

“I look forward to continuing to work with my dedicated, courageous colleagues and the public to create an even more visible, stronger and professional Met. We will strive to prevent and reduce violence and the crimes Londoners care most about, bring more criminals to justice, and protect, support and build the confidence of all our communities.

“I’d like to thank the Mayor, the Home Secretary and the Prime Minister for the confidence they have shown in me. I am acutely aware that there are many excellent leaders in policing.

“Every day across the capital, officers and police staff come to work focused on protecting people and making London safer – it is not only what the public expect and demand of us, but it is what inspired each of us to join and why after more than 35 years in policing I remain so passionate. Londoners have my word that I will keep working as hard as I can for them and for this wonderful city that I love. I take the responsibilities I have been entrusted with extremely seriously.”