The first group of 27 TEDI-London students began their studies at the site on Quebec Way this Monday, September 20 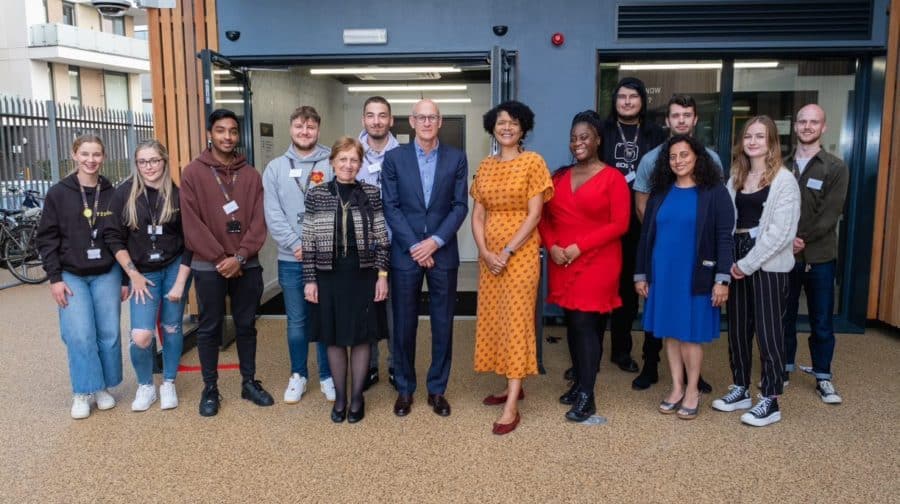 Students, staff at speakers at the launch event

A new engineering ‘university’ has opened in Rotherhithe, with the aim of broadening the kind of people who go into the profession.

The first group of 27 TEDI-London students began their studies at the site on Quebec Way this Monday, September 20. The university aims to be more hands on with its teaching than is normal for engineering courses, and staff say students will tackle real-life problems from the start. Students don’t need maths or physics A-Level to get in, which is unusual for engineering.

“Our students will be able to work on projects connected to, and for the benefit of, their local community, something which was a highly attractive proposition for us when choosing the location for our campus,” said Judy Raper, who runs the new university.

The university said that scholarships are available for Southwark-based students, but a spokesperson confirmed this week that there are none from the borough in the first intake.

TEDI held a launch event last week at the new campus, with speakers including MP and former engineer Chi Onwurah. Students at the event told the News that what drew them to the university was the opportunity to get practical experience straightaway, as well as the sustainability of the new building.

The building is built from lightweight steel frame boxes clad with insulation, which means they don’t need deep piles. The boxes were pre-fabricated and only took six weeks to put together once delivered to the site.

Funding comes from King’s College London, Arizona State University and the University of New South Wales in Sydney. British Land, which is carrying out its Canada Water Masterplan in the area, helped with design and building.

There is an outreach programme for TEDI this autumn. If you are interested in studying at TEDI click here to learn more.