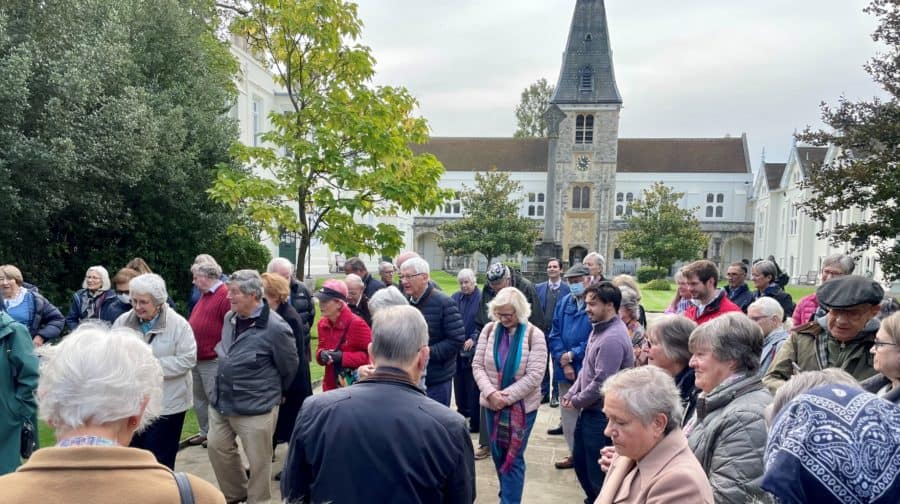 The crowd at the unveiling

Dulwich residents unveiled a new ‘listening post’ this month that tells passers-by the history of one of the area’s most important figures.

The Dulwich Society installed the solar-powered post that tells the story of Edward Alleyn, the seventeenth century actor, businessman, and founder of local schools, on the Old College Green on Tuesday, October 12. 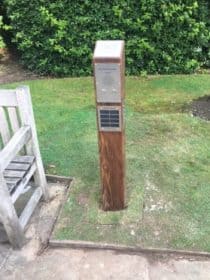 To listen to the history of Alleyn, you press a button on the post and an actor playing him talks about his life and explains how he came to buy the manor of Dulwich and set up his charity, which later led to the foundation of several schools including Dulwich College and James Allen’s Girls School.

The Dulwich Society held a ceremony, including a talk from local historian Brian Green and a performance of eighteenth century Baroque organ music.