We were in the Jaws of a great play 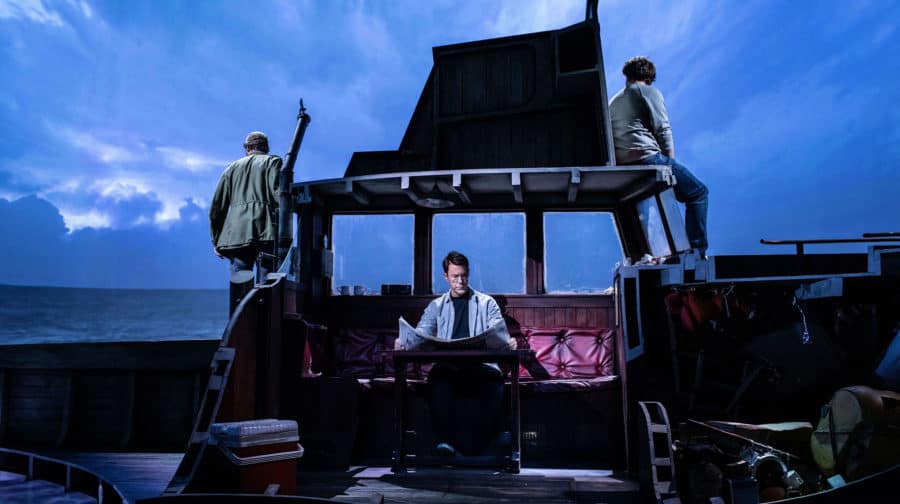 As the waves lapped up the side of the boat the hits of the mid-70s played and took us back to that Jaws era when almost everyone was scared of going swimming in the sea, never mind that no man-eating shark had ever been seen off Margate beach or any other UK shoreline, writes Michael Holland.

This was the stage for The Shark Is Broken, written by Ian Shaw and Joseph Nixon, and tells of the long days the three main actors in the Spielberg blockbuster spent sitting about waiting for the fake shark to be fixed so they could commence filming.

Ian Shaw is the son of Robert Shaw and the play is based on his father’s diaries from the time he played Quint, the shark hunter. Ian also plays his father, adding another layer of authenticity to this insight into how strangers cope and pass the time in difficult circumstances.

As the lights go down John Williams’ classic piece of suspense music, synonymous with approaching danger, starts up and all those feelings of impending terror that we felt in cinemas all those years ago came flooding back.

We quickly get a feel for the characters: Roy Scheider (Demetri Goritsas) is the pensive, thoughtful one who likes to keep up on the news and impart interesting facts. Richard Dreyfuss (Liam Murray Scott) is the young, relative newcomer to the industry whose anxiety makes him talk a lot, much to the annoyance of veteran film star Robert Shaw, the hard-drinking man who is constantly at odds with Dreyfuss, while Scheider finds himself stuck in the middle as arbiter. 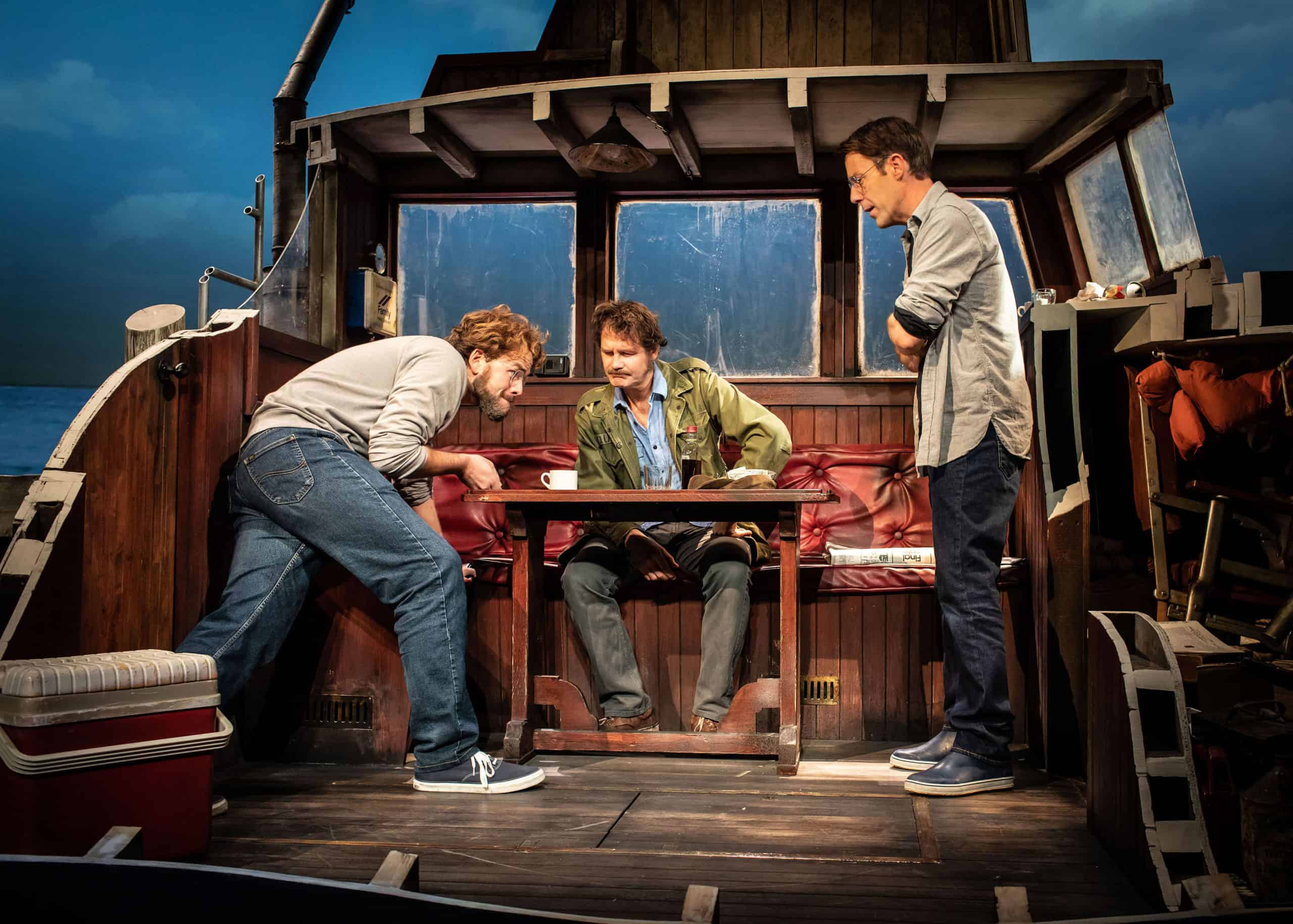 There is a continuous feeling of tension as they fill the days doing nothing except play cards, board games and talk. They get on each other’s nerves, they grate on each other, they feel Jaws will not be successful, which doesn’t help matters, and there is the added problems of Shaw’s drinking and Dreyfuss taking drugs, which leads to arguments and manhandling.

We also see how they manage to get on for the sake of the film, the good times they had, their personal fears and anxieties, their hopes for the future and how they slowly came to respect each other’s work and became friends.

There is sadness, poignancy and comedy on the journey they make together, and with the luxury of hindsight the writers have been able to make jokes to fit a contemporary audience.

The Shark Is Broken elicited a collective and deserved standing ovation. We were in the Jaws of a great play.