All here to enjoy some family fun, when families are fine with the F word 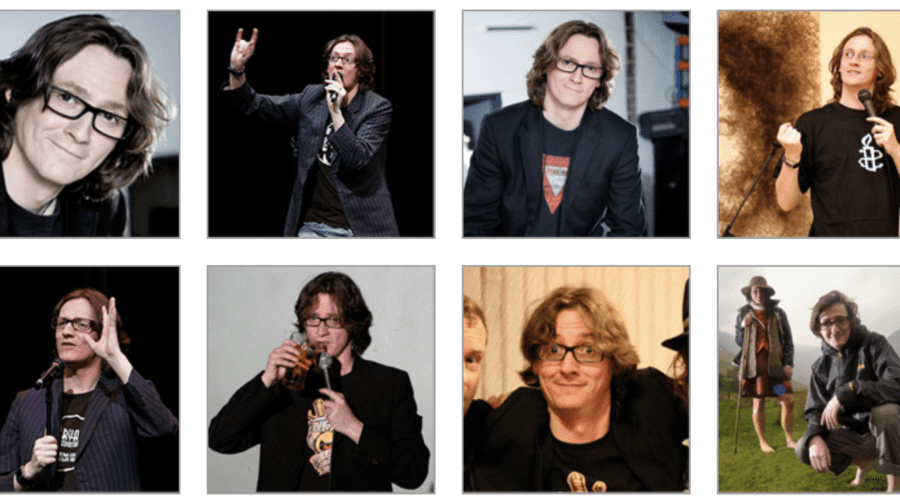 There is a tannoyed announcement that the evening is about to start and Ed Byrne comes on with bold, bouncey steps as he eyes up the front rows while stalking the Blackheath Halls stage. A cheer goes up and the comedian gets straight to work on If I’m Honest, his current show, writes Michael Holland.

Byrne can now be classed as a veteran of the stand-up scene, having consolidated his position with Edinburgh Fringe nominations, sell-out tours, and being part of the Mock The Week furniture. He’s the safe pair of hands who is never going to get a theatre closed or a show taken off the air, hence an audience that ranged from the older person (whose phone went off mid-show), to a liberal sprinkling of teenagers, all here to enjoy some family fun, when families are fine with the F word.

And it is family that makes up the bulk of If I’m Honest.

As Byrne moves in to middle-age after many years of parenthood, there is a grown-up feel to his act now – he even promises his long locks will be shorn when he reaches 50. Although, not too grown up. He bounds about like an excited kid, which helps to make us elders feel young again as he highlights all the ageing problems, and parenting problems, and relationship problems that we live through daily. But Byrne’s world of life’s tortures always has the beauty of a punchline.

He is self-deprecating to a fault. Even his pre-teen boys are made to look better and wiser than him, and when you think he might have one up on his wife, you know it will come back to bite him.

There was a couple of incidents that created a stutter in the slick patter. First off was a fairly loud explosion, like electronic equipment short-circuiting, which made everyone jump and Ed Byrne switch to ad-lib mode. Later, there was a thud like someone had fallen on to the roof! Again, once we could see that no one was hurt the comic picked up where he had left and all was well again.

If I’m Honest has something that everyone can relate to: speeding through the recorded ads to stop just as the programme begins; when your children start to sound like you; realising you’re not working-class any more; the lip service you pay to your workout regime…  I could see heads nodding along in agreement as each topic was introduced.

There was also a nice line in running gags along the way, with one leading to a surprise and totally magnificent finale.

This is the tour Ed Byrne had begun when Covid-19 closed the country down, so part of the act is joking about the planned routines that have now become obsolete over the last 20 months as people died and would now be bad-taste jokes, but neither quantity or quality is lost in this two-hour show.

If I’m Honest is touring until July 2022 with shows on in Dartford (25th October), Bromley (13th February), Croydon (4th June) and other venues within driving distance of South London.