Unlike privately-run pubs, community pubs put all of their profits back into either the pub or the community 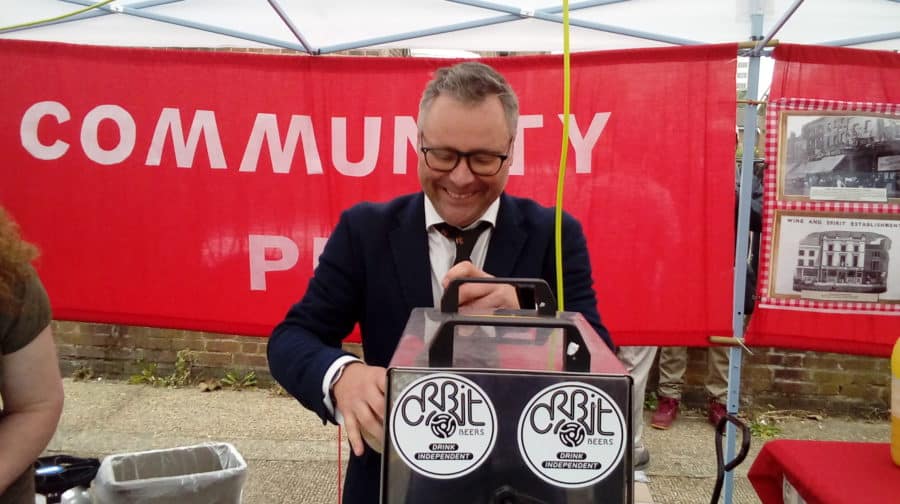 A Walworth community group is encouraging residents to come forward with ideas for a campaign to found a new community pub in the area.

Citing successful examples such as the Ivy House in Nunhead, The Walworth Society feel that a community pub could help bring a new unique flavour of drinking establishment to the area, as well as including those who may feel left out of modern pubs. They are, therefore, encouraging residents to support the Walworth community pub, a separate organisation.

A community pub is one where, unlike a traditional private business model, all of the profits are put back into either the upkeep of the pub, or the community as a whole.

Matthew Meynell from the Walworth community pub group, (pictured), said: “There is a growing movement for community pubs across the country. It allows you to save valued community assets.

“It’s a really interesting model, and it’s successful. Of 133 community pubs across the country, only one has failed.”

Members of the community can get in touch by emailing walworthcommunitypub@gmail.com

They are keen to hear from those who have stories of historic Walworth pubs and what they feel makes a great community pub – as well as from those who may have helpful skills, such as business planning, fundraising and community engagement.

Following an engagement event on September 19 to gauge interest in the possibility of a pub, Matthew is confident that the community is engaged by the idea.

In three hours, the engagement event sold around 150 beers (pints and halves) to around 100 customers, and Matthew reported strong support from everyone they spoke to on the concept of a community owned pub.

Visitors to the event were encouraged to write their thoughts on what makes a good pub on a chalkboard.

A recurring theme throughout the event was the idea of a “proper pub.” Customers felt that a friendly atmosphere and chatting with strangers was something that they were missing in more modern pubs.

Matthew gave the example of the Ravensbourne Arms in Lewisham as a good approach to a community pub. Not-for-profit organisation Sister Midnight is currently crowdfunding to raise the initial startup costs for the business, and has currently raised £55,980 of a £500,000 target.

By donating, members of the community can own a share in the business, and contribute to the way it is run.

“The way they’ve done it, you can donate between £100 and £100,000,” he said, “and everyone gets one share, one vote. Then you form a committee from there. It’s properly democratic.

“Walworth is a great area, there’s some good pubs – but based on the engagement event we did, there’s a sense that some people are feeling left behind with the way pubs are going.

“The idea of having a place that people can genuinely mix in and are a little bit more open is really nice.

“You can have a more healthy relationship with alcohol as well – it’s not just a wet-led pub, there are more alcohol-free options.

“There’s no specific site in mind yet. Right now the aim is to build a representative group of people with appropriate skills, so we can pull together a business plan and identify an appropriate site.”

Southwark has seen a reduction in pubs of 23 per cent over the last 20 years.